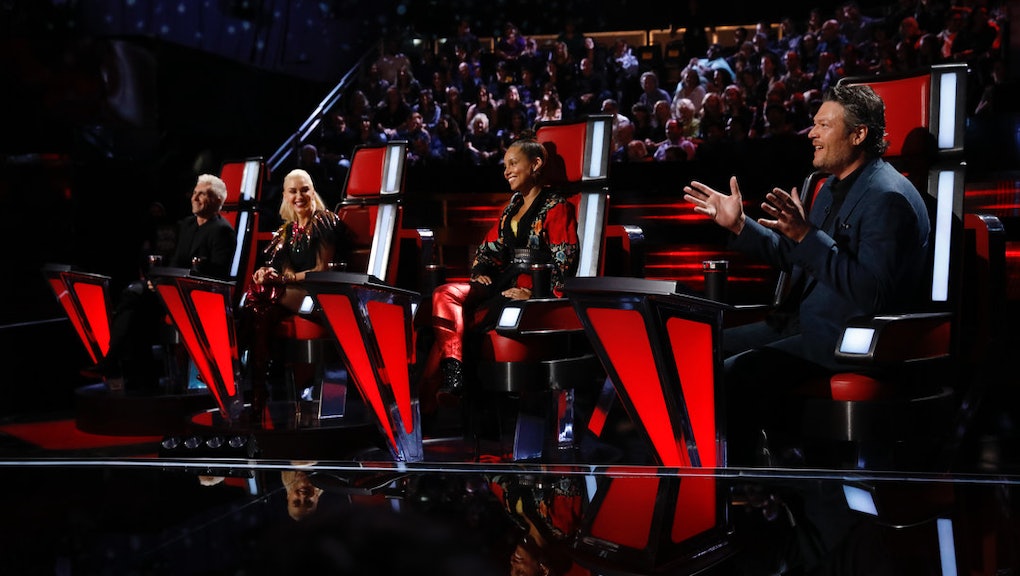 How do you vote on 'The Voice'? A rundown of every option for the 2017 season

Season 12 of NBC's hit musical competition, The Voice, is getting closer to crowning a winner.

The 2017 season has some pretty fierce competitors like Stephanie Rice, Brennley Brown and Aliyah Moulden. The race is tight and many fans have already picked their favorite competitors. So, what's the best way to make sure a certain contestant makes it through to the final round? Viewers watching at home have to vote.

How to vote on 'The Voice'

There are numerous and simple ways to vote for those competing on The Voice.

First, there is The Voice official app, which allows viewers to vote and save contestants with the touch of a button. It also allows the audience at home to play along with the show while it's happening, update their personal fantasy team and more.

Viewers can also vote online by heading to NBC.com or going to the show's Facebook's page. In addition to all that, fans can also purchase a song or duet performed on the show on iTunes. The purchase of a song from the most recently aired episode counts as a vote.

Similar to the iTunes voting rule, any song of the contestants that is streamed or downloaded from Apple Music is another vote to win.

Catch all new episodes of The Voice on Mondays and Tuesdays on NBC at 8 p.m. Eastern.