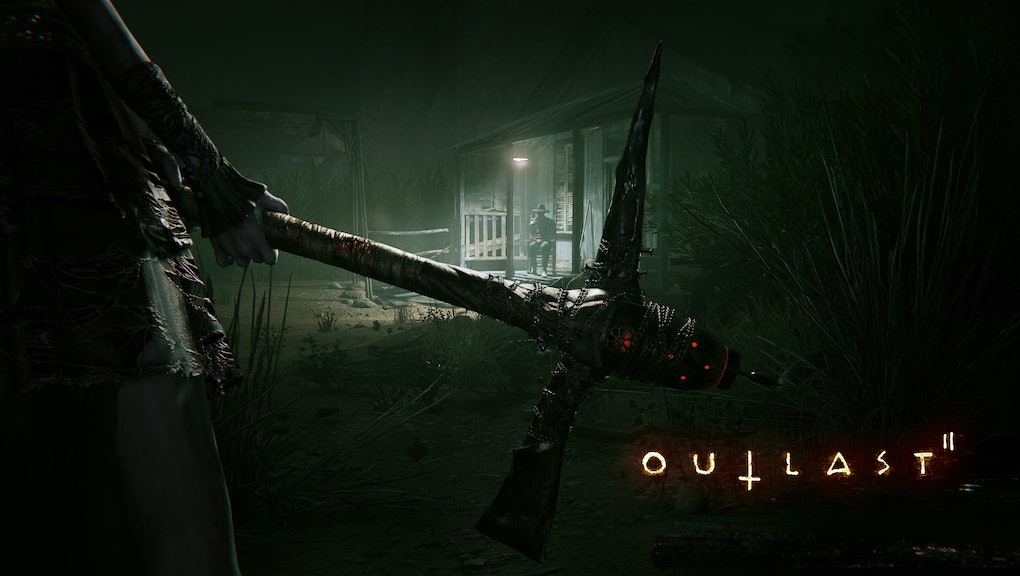 ‘Outlast 2’: Science explains why we love to be scared senseless by survival horror games

Why do I keep turning out the lights and turning on horror games? My first experience with a horror game was as a little girl in my nightgown, creeping down to ask my dad for a glass of water and coming upon his playthrough of 1993's The 7th Guest. It scared me so badly, I had to sleep with the lights on for a week. But somehow, many years later, I’ve fashioned myself into a fraidy-cat horror aficionado.

Fear is a curious emotion. Fear keeps us safe by demanding we not run into the street and urging us to be careful near the campfire. Fear is a constant reminder we are mere mortal creatures with fragile bodies. And yet, somehow a facet of that fear is thrilling. We find ourselves seeking it out by watching scary movies or playing horror games.

The elements of a truly terrifying horror game

Why do games like Outlast 2, Silent Hill and Resident Evil 7: Biohazard permeate our collective consciousness, pull us deeper into what terrifies us and make us eager for more? There are a number of elements that create the scares that keep players coming back.

Fear of the unknown

As children, we're afraid of the dark and the shadowy places in our bedrooms where the night-light doesn't reach. Ambiguity, the undefined spaces in games and liminal moments between sleep and wakefulness, are part of what lays the foundation for a good scare.

"The player must be guided through key areas and key points of information, but they should have a hunch that something just isn’t right," Darren McKettrick wrote in his dissertation on the psychology of fear in games. "Don’t show; persuade the player to scare themselves."

In a game like Until Dawn, not knowing who or what is trying to kill the teens in their secluded Alberta Rockies cabin is part of what drives the tension. Is there a creature out there, cracking twigs and scaring the wildlife? Or is there a mentally unstable psycho on the loose, screaming inhumanly as he runs wild through the snow-capped mountains, eager to snap apart the group of tenuous friends?

The teens don't know. The player doesn't know. So every footfall, every swift motion across the camera, each errant noise makes your heart leap into your throat as you struggle to parse what is happening.

Fear of the frightening familiar

The clutching darkness of the forest at night; a dilapidated hospital, long abandoned; the stale air of an empty school — twisting familiar settings is part of what makes us reach for the off button when we're playing horror games. Some of us already have a propensity to despise the woods or the hospital, and horror games amplify that discomfort.

"Within a horror game, no place is safe." — Darren McKettrick

Even the traditional safe havens in a game, like a bedroom or a study, often change to become unsafe or jarring. In Layers of Fear, the artist's workspace — where he supposedly felt safe at some point in his career — becomes more and more haunted as he descends further into madness.

Scarcity within the game environment

In Outlast 2, your supplies are scarce. The more afraid you are, the more you use your camcorder and the more batteries you'll need to scare up along the way. When you can't use your only light source to find your way around, you might as well be playing Blind.

When your bullets are limited, you have to choose when to engage with enemies, if you engage with them at all. If you only have a limited amount of charges on your flashlight, you must hedge when you use it, lest you use it improperly and waste your only charge.

The scarcity makes it difficult to justify using items, even when we believe they'll save our lives in the game. We know that when we run out, it may spell our doom.

Why we turn toward — and then away from — horror games

Within a horror game, we are the architects of our own demise. Unlike passively watching a horror movie, the decisions we make in a game directly affect the experience. We choose to duck into a dark room, even though we know we're making terrible life decisions. We're seeking that autonomy we can't get watching a film or reading a book — yelling at the screen or a page when a character does something bonkers won't work when you're the one making the choices.

If the desire for control and a safe thrill is what turns us toward horror games, what makes us back away?

It isn't just a jump scare that convinces a player not to continue with an experience. It's the lack of a rhythm between tension and calm. If a game is all tension and there's no relief, there's nowhere for the fear to go. But taking a scientific approach to fear is a great way to circumvent the issue of the scares that either go nowhere or are too tightly packed together.

Supermassive Games, the studio behind Until Dawn, tested its scares on a ton of different players to determine what worked and what didn’t.

"We have to create tension and anxiety in the player so they are ready to receive the scare," Until Dawn design director Tom Heaton said. "[Then] we have to give the player time to recover, to cool down, to calm down, and then start building the tension again before we do the next scare."

Without that ebb and flow of cooldown and build up, it's either not scary enough or too scary. Either way, players will turn off the game and walk away if it's not what they're looking for.

In horror games, it's the story and cinematic experiences that matter. If your gameplay is terrific — like SOMA and Until Dawn, for the most part — but your story is lacking, there's no reason for players to keep scaring themselves. There's no reward for their courage.

And while it may take a particular kind of person to gravitate toward the thrill a horror game like Outlast 2 offers, it takes a special horror game to keep that player coming back for that kind of psychological flogging over and over again.