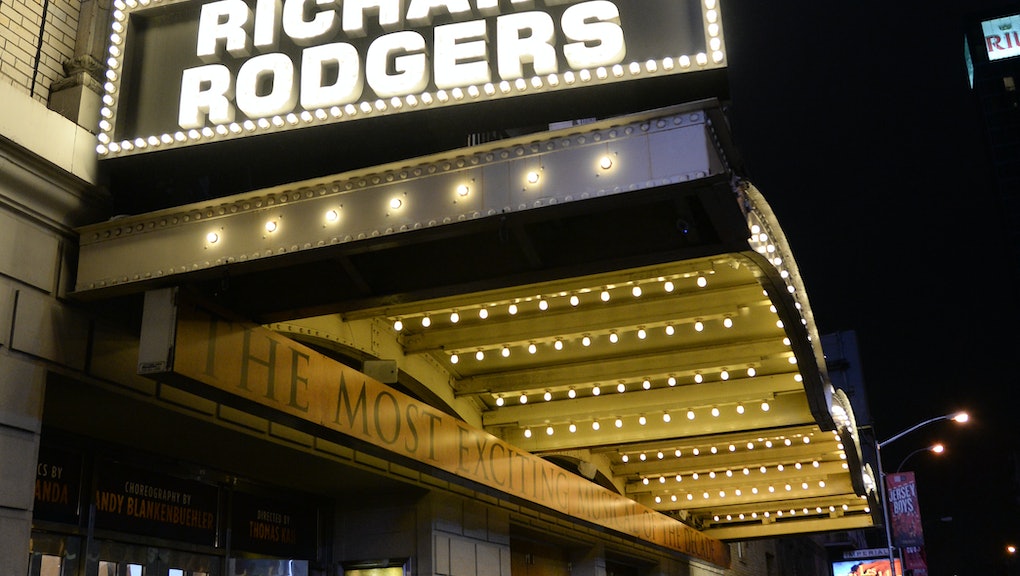 8 of the most amazing live theaters in New York City

There's no shortage of great entertainment in New York City, with a plethora of plays and musicals both off-Broadway and along the Great White Way. The Tony Award nominations will be announced May 2, honoring the best productions from the previous year on Broadway, including best play, best musical and best actor and actress. One award that is not given at the ceremony is best theater, probably because the city has so many fantastic venues, selecting just one winner would be impossible.

Read on to learn about some of the best performance spaces in New York City.

This theater was the original home of many iconic Broadway shows, including Company, Annie, Hairspray and Anything Goes, as well as Stephen Sondheim's infamous and passionately loved flop Merrily We Roll Along. This building has such a storied history, a concert celebrating its past was held at the Broadway-centric venue, 54 Below, in 2016.

Free Shakespeare at sunset in Central Park. Even without the enchanting environment, it's impossible to not feel goosebumps when thinking about the history of this theater, which has housed productions written by Shakespeare, Chekhov, Brecht, Ibsen, Aeschylus and Stephen Sondheim, and featured performances by luminaries like Natalie Portman, Meryl Streep, Al Pacino and John Lithgow — all for free.

This theater, currently housing the new musical War Paint, was home to the genre-changing musical Rent and the industry-changing policy of rush tickets. By selling the first two rows of the center orchestra section for just $20, the rush ticket method established the musical as accessible to lower-income audience members, just like the characters who were singing onstage. The devoted fans of Rent, known as "Rentheads," would sleep on the street in order to obtain these elusive tickets.

One of the smaller Broadway houses, this theater is intimate, historic and haunted. It's been reported that the spirit of the owner, David Belasco, who lived in an apartment above the theater on West 44th Street, has interacted with performers at the Belasco. And he's sometimes joined by a ghost called the Blue Lady, with whom he hosts haunted parties above the stage.

Located on Lafayette Street, this off-Broadway house was home to Fun Home and Hamilton, two Tony-winning musicals that first played the downtown theater. Home to several smaller performance spaces, the Public Theater offers a great variety of entertainment. And The Library, the in-house restaurant and bar, serves up some amazing cocktails.

Not only is this theater home to the juggernaut hit musical Hamilton, the sidewalk outside of the stage door was home to the free Ham4Ham performances, given by the cast prior to the ticket lotteries. These free performances offered a rare glimpse at the actors goofing off, trying out different roles and basking in the adoring love of their fans (with writer and star Lin-Manuel Miranda dancing in the background).

This theater has one of the largest and prettiest restrooms in the Broadway industry — a crucial factor for any enjoyable night at the theater.

This off-Broadway space was designed by Frank Gehry and contains three unique theaters, two studios and — a rarity in the theater industry — a large lobby with a café, bookshop, and tables and couches. Along with a wide array of shows, including musicals and plays by established playwrights and up-and-coming stars, the lobby provides a place to meet before a show or relax at the late-night happy hour the bar offers after the performance.