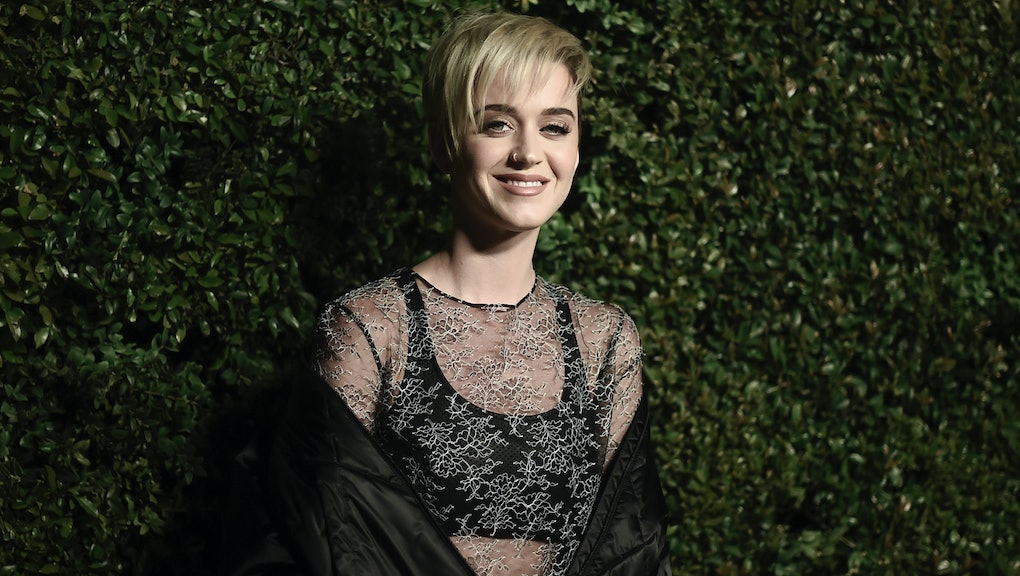 It looks like Katy Perry's next single is on its way and it'll be a sweet summer jam.

On Monday, the "Chained to the Rhythm" singer began teasing her new song "Bon Appétit" with an Instagram post. Perry shared a recipe for the world's best cherry pie on the social media site. In the caption, she wrote that if fans bake her a pie, they may get a surprise:

Well, fans have been doing exactly that. They've taken to Twitter to share their best cherry pie creations and Perry is critiquing their work.

This isn't the first time that Perry has teased her new single. She previously posted a video of herself on Snapchat with the rumored "Bon Appétit" playing in the background and the screen filled with food emojis:

Perry first teased the song on the Grammys red carpet back in February. She told E! News that it's one of her favorites from the upcoming new record.

"I have one song called 'Bon Appetit' that I love. It's pretty sexual," Perry told Ryan Seacrest. "I just imagine being on the beach with six Coronas on my hand."

The new song is also rumored to feature Ariana Grande.