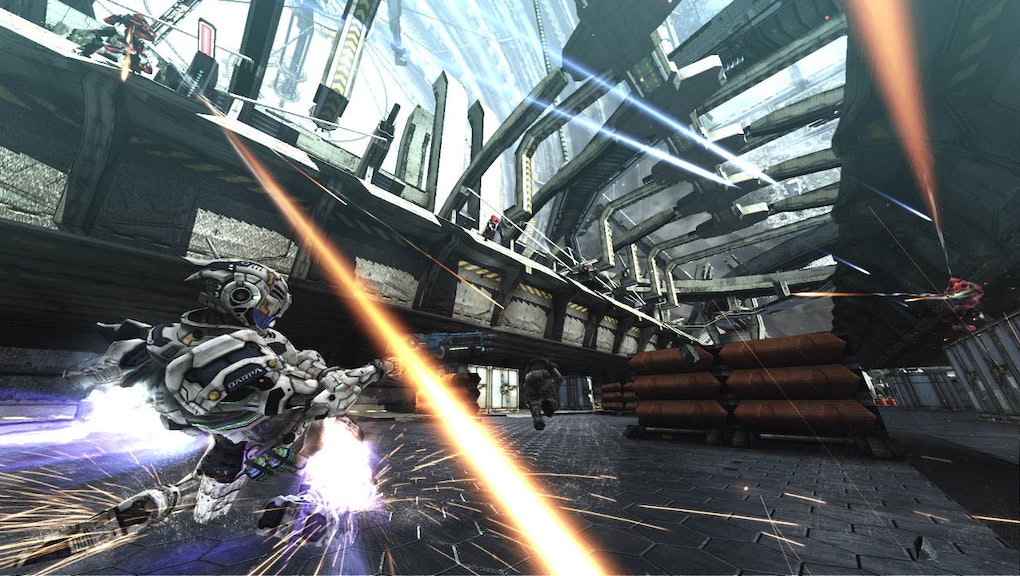 Could there soon be a PC version of Vanquish? Let's hope.

Around 2010, everyone was developing third-person, cover-based shooters. It was a genuine epidemic in the video game industry, especially since only a tiny amount of them were worthwhile.

The best of the bunch was Vanquish, which Platinum Games released fresh off the success of Bayonetta. It was Gears of War with rocket-powered baseball slides and a sense of humor. Vanquish was criminally under-appreciated at the time — but thankfully, it might get its day soon enough.

According to Polygon, a 22-kilobyte patch for Bayonetta's recently released PC port included a new Steam avatar tucked away in a system folder. That Steam avatar is Vanquish protagonist Sam Gideon, the lone non-Bayonetta image in the folder. Nothing is confirmed yet, but there's only one way this can go, right?

Vanquish followed Gideon as he donned a rocket-boosted Augmented Reaction Suit and fought off an army of Russian robots. It was a cover-based shooter, à la Gears of War, except you could activate jet boosters on Gideon's knees and blast across the battlefield at any time, setting up sweet kills along the way.

Dancing robots, transforming guns and Gideon's cigarette habit rounded out a charming and fun game too many people missed when it first came out. The apparently imminent PC port will be great, but let's get PlayStation 4 and Xbox One versions, too. The people deserve it.