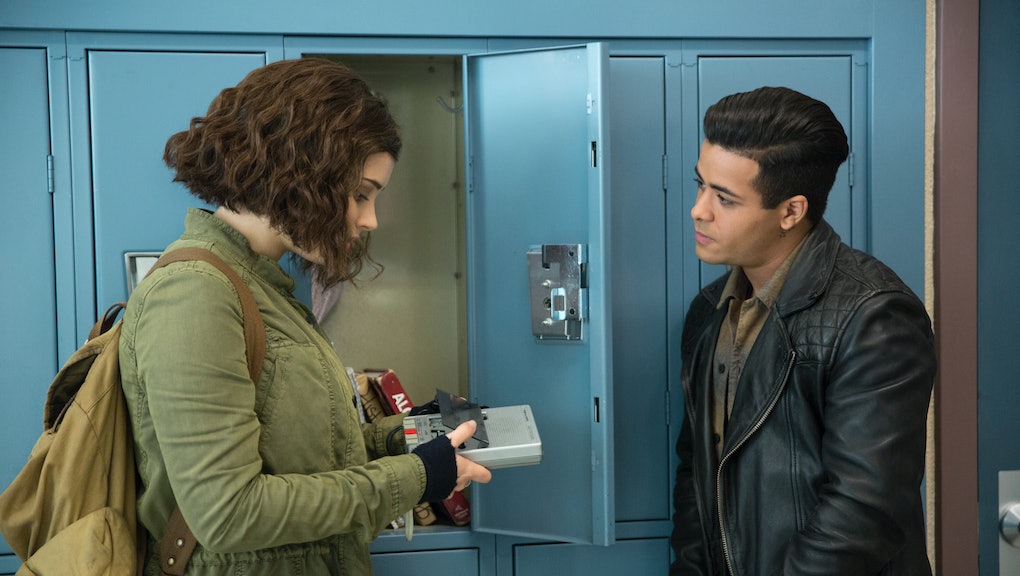 By now — especially if you are reading this — you are probably at least remotely aware of Netflix's 13 Reasons Why, a series based on Jay Asher's book of the same name. And even if you haven't watched the series, you have likely seen it referenced on Twitter.

According to Refinery29, 13 Reasons Why is the most tweeted about show of 2017. And if you have seen tweets referencing 13 Reasons Why, there is a good chance that you have come across what is becoming a rather popular meme: "Welcome to your tape."

The meme is basically being used on social media as a way to respond to something upsetting. Essentially, someone says, or does something to you that you do not like, and your response is, "Welcome to your tape." This may not make sense to you if you have not seen 13 Reasons Why — so read on.

13 Reasons Why follows a group of students in the aftermath of Hannah Baker's suicide. Prior to taking her life, Hannah decides to record, on seven tapes, 13 reasons why she felt that life was no longer worth living. These tapes end up being passed from person to person until they reach Clay Jensen in the first episode.

Each side of a particular tape explains how a certain person wronged Hannah in some way that ultimately led to her suicide. And while recapping the ways in which each person contributed to her suicide, Hannah says some variation of the person's name and then "Welcome to your tape." And this leads us to the major problem with the meme.

Though some mental health professionals have criticized 13 Reasons Why for its particular commentary on suicide, author Jay Asher has noted that one of the purposes of his novel was to illuminate a pervasive issue and hopefully serve as a "cautionary tale."

But this meme now appears to make light of suicide altogether, by saying, even if in jest, that minor inconveniences could make you want to kill yourself.

Take the following for example:

Netflix even used the meme in response to a tweet from Hulu that aimed to let users know how many more shows they exclusively offer. Netflix's response? "Welcome to your tape."

This type of meme may even lead to what some mental health professionals were worried about when confronted with 13 Reasons Why: a culture of placing blame.

"That is precisely the other reason why we really try to shy away from saying that someone who died of suicide is the result of something someone did," Dr. Victor Schwartz told NBC News. "It leaves survivors with a horrifying burden of guilt."

Phyllis Alongi, the clinical director of the Society for the Prevention of Teen Suicide, also spoke to NBC News about the Netflix series saying, "We feel [13 Reasons Why] was done irresponsibly and we don't agree with many portrayals including of Hannah's death, memorialization and placing blame on others."

This meme furthers the idea of placing blame on others, no matter if it is done for humor. And it entirely misses the author's intended point. The series was meant to shine a light on suicide — not make light of it.