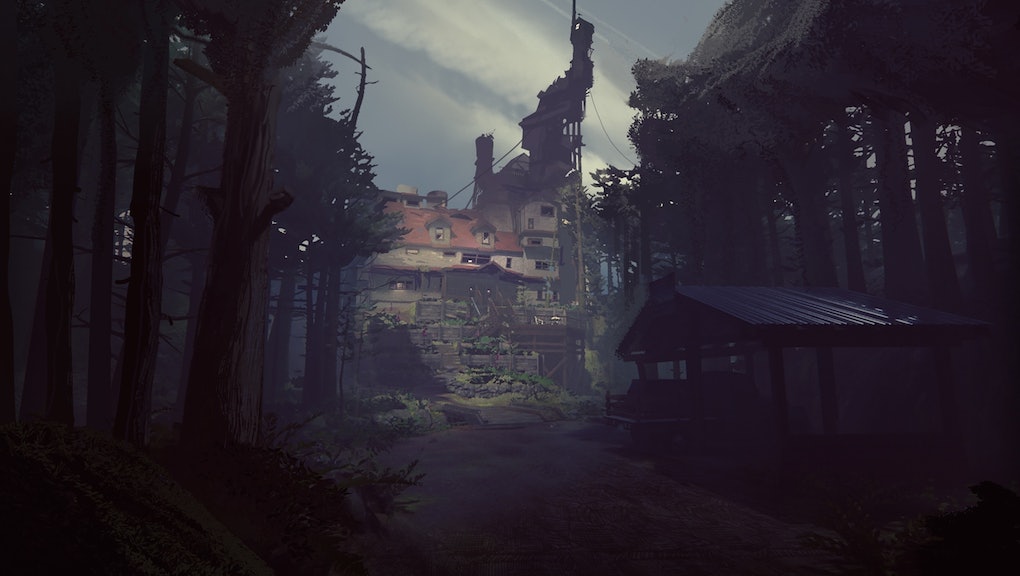 'What Remains of Edith Finch' Review: A beautiful short-story collection about death

I spent 20 years lucky enough not to encounter it regularly, but recently, death has crept its way into my life. A grandparent, a couple of old acquaintances, some others I think I may have met once or twice: They've reminded me of a time limit on the people in my life I didn't think much about before. After dropping everything and moving halfway across the country a year ago, I've been more concerned than ever with each story of a car accident or house fire in my hometown.

For a medium that arguably features death in much greater volume than any other, video games tend not to approach the subject thoughtfully, if they even try at all. Too many times, we get situations like Aerith's death in Final Fantasy VII: Yes, it's sad that this character is gone, but whenever any other character dies, we just resurrect them with a tuft of phoenix feathers. Why not now?

In What Remains of Edith Finch, you experience the deaths of about a dozen members of one family through each person's eyes. It's a game that, in my opinion, approaches the subject in a better way than most that have tried.

A short story collection about death

You are Edith Finch, the (supposedly) last living member of a family that's all too familiar with death. The family tree (seen every time you pause the game) has a dozen names that are not your own, the majority of them with a lifespan that doesn't approach what we'd call a "full" life. Edith has inherited the old house that the family lived in for generations, on Orcas Island in the Pacific Northwest. Edith, now a teenager after leaving the house behind several years prior, has returned to explore its remains and learn her family's mysteries.

Its premise's resemblance to the 2013 classic Gone Home is purely coincidental, as Edith Finch began development before that game was announced. There are some similarities, though, as you'll spend most of your time walking through a highly detailed, abandoned house without dealing with puzzles or action of any kind. The trick here is that each family member's bedroom was fully preserved when they died and sealed off before Edith was old enough to explore them as a child. Using secret passageways, Edith can enter each room and learn how all of her family members died.

This is where Edith Finch distinguishes itself, as touching a particular heirloom in each room will trigger a new gameplay sequence. You will play through the final moments of each Finch's life from their perspective. That doesn't mean walking around the same house in first-person in different time periods; it means playing as a shark, flying a kite, riding a swing set and conducting a symphony with bath toys. What you play is each person's idealized personal vision of their demise rather than a literal depiction of it. They range from mundane to fantastical, but each of them is at least interesting.

The highlight of the bunch is about Edith's older brother Lewis, who died six years before the game takes place. With the right analog stick, you perform Lewis's repetitive day job at a fish cannery. Swipe left, swipe right and swipe up. With the left stick, you control his vibrant daydreams in which he is the lord of a fantasy kingdom. Lewis found his real life so unfulfilling that he dreamt of a world where he had total control and could make himself happy in a way he would never be in this one. His kingdom (with a unique visual style seen nowhere else in the game) takes up more and more of your view until you finally see it from the first person, leading to its impactful conclusion.

Each vignette uses the two analog sticks and the right trigger at most. There is no way to fail. Your skill as a player won't hinder your ability to see the narrative all the way through. It can, and should, be finished in one sitting, which will take a couple of hours, so the game respects your free time. It's an interactive short story collection about death.

What impressed me most about What Remains of Edith Finch is how well it incorporates the unique aspects of video games to tell its story. As a linear sequence of events, it could have worked fine in a number of other formats, but I don't think it would resonate nearly as much if it wasn't a video game.

How it feels to control the shark in Molly's story or slice fish at the cannery in Lewis's story matters just as much as what happens in those stories and what they look like. Reading these tales in a book wouldn't carry the same kinesthetic value. I can't quote much of the narration from Calvin's story, but I can tell you exactly how it felt to use the analog sticks to pump his legs back and forth on the swing.

The interactivity also helps close the distance between Edith and her long lost family members, most of whom she never met. I wasn't hugely affected by some of those deaths I referenced earlier because of literal and figurative distance, but if I had been able to see their final moments through their eyes, of course, I would have been. Being able to explore each space physically lent dramatic weight to each story, as well.

Finally, I think Edith Finch succeeds because it doesn't put the inherent sadness of death front and center. It's there, of course, but many of the stories are downright whimsical in their presentation. The death of baby Gregory, for instance, is the most bright and colorful of the bunch, as it's seen through the eyes of a laughing infant. That does a great deal to offset the fact that his death is real enough to send shivers down the spines of any parent. The game would be far too oppressive for some people to play if this wasn't the case.

What Remains of Edith Finch has some technical shortcomings on PlayStation 4 and, as Kotaku's Gita Jackson correctly points out, there are some frustrating gameplay moments to go along with a handful of narrative cliches. Despite all of that, it's an affecting piece of interactive storytelling that I think everyone should give a chance.