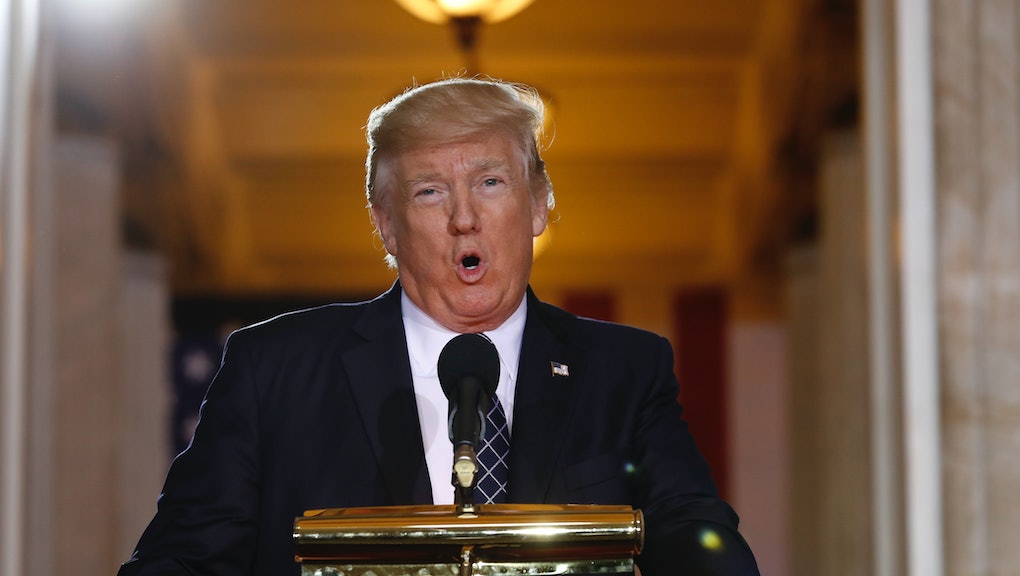 President Donald Trump frequently dismisses the publications he dislikes as "failing," labels unfavorable coverage "FAKE NEWS" and has on multiple occasions threatened to expand libel laws to crack down on the "very unfair" media.

While many have been critical of Trump's attacks on the free press, a new study by Vanity Fair/60 Minutes suggests that more than a third of Republicans agree with the president's antagonism toward the media.

According to the study, 61% of Republicans — and 86% of Democrats — believe that a free press is "necessary."

But a stunning 36% of Republicans, the poll shows, believe that a free press "does more harm than good."

Freedom of the press has been a central feature of American democracy since the country's founding — Thomas Jefferson, who was nearly Nixonian in his wariness of the media, still recognized its necessity: "Were it left to me to decide whether we should have a government without newspapers, or newspapers without a government, I should not hesitate a moment to prefer the latter," he wrote in 1787.

But polls have found a significant trust gap between Americans and the mass media — and that chasm seems even wider among those who support Trump, who has described the press as the "enemy of the people."

Of course, for all his bluster about news being "fake," Trump himself has averaged more than four false or misleading claims each day of his presidency so far — and that's not even counting all the whoppers he served up during the campaign and back when he was merely a conspiracy-peddling businessman and reality star. Perhaps that's part of the reason that, according to the Vanity Fair/60 Minutes poll, just 5% of respondents viewed the president as the "most accurate and honest" news source.

Even so, Americans' views of Trump's many falsehoods are sharply divided along partisan lines — according to the poll, 50% of Republicans see Kellyanne Conway's Orwellian term "alternative fact" as an "understandable pushback against a dishonest media."

The new poll also finds that Americans tend to trust cable news as the most accurate and honest media source and overwhelmingly believe that "getting all the facts" is more important than "being entertained."