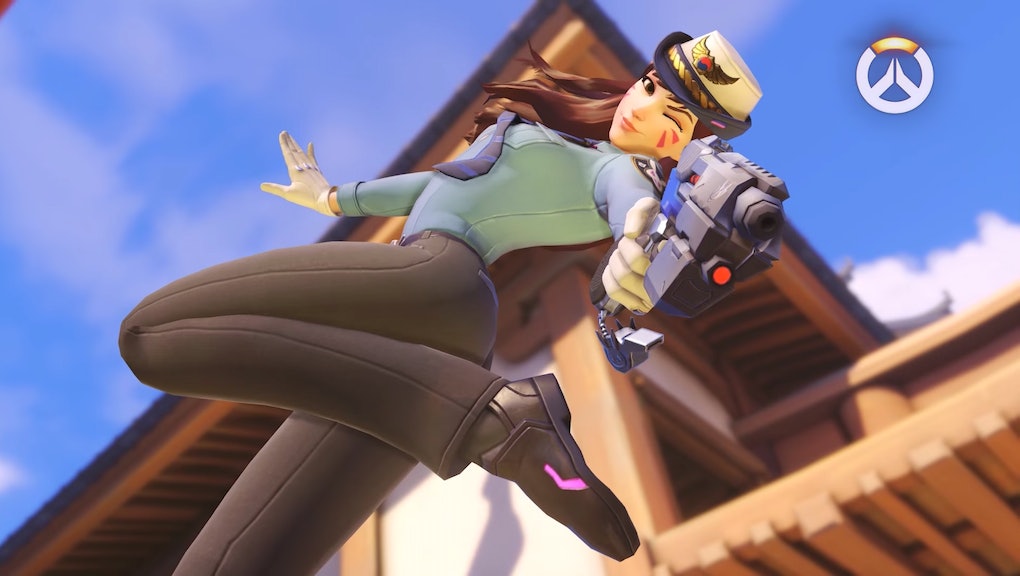 Good news for all you Overwatch players who missed the opportunity to earn that sweet Genji Oni skin during the last Nexus Challenge in Heroes of the Storm. Until May 22, you'll be able to earn it again. And, once May 1 hits, you'll also be able to earn a brand-new D.Va skin called "Officer D.Va" that turns her MEKA into a cute police cruiser.

All the new skins and items in the "Nexus Challenge 2.0" will be available through a series of four different quests that will unlock throughout the month of May. However, you have to complete these quests in chronological order. So, if you only want the rewards from the quest in week three, you'll still have to complete the first two quests before you can tackle the third.

Here's what you need to know about earning the new Overwatch skins through the Nexus Challenge 2.0.

Heroes of the Storm Nexus Challenge 2.0 week one: How to earn the Genji Oni skin

To unlock the Genji Oni skin, you have to play five Heroes of the Storm games with a friend in the "versus A.I., quick match, unranked, or ranked" modes.

You'll also unlock the following items within Heroes of the Storm:

And, within Overwatch, you'll also get an Oni Genji player icon and spray.

Heroes of the Storm Nexus Challenge 2.0 week two: How to earn the Police Officer D.Va skin

The second quest unlocks the week of May 1, which will grant players the new Officer D.Va skin upon completion. The process to unlocking it is nearly identical to unlocking the Oni skin, with one major caveat: You have to complete five games in the quick match, unranked or ranked mode. The "player vs. A.I." mode does not count towards unlocking Officer D.Va.

Remember, you can only unlock Officer D.Va once you've already unlocked Oni Genji, which means you'll actually have to complete 10 matches in total if you have yet to unlock the Oni skin.

Completing this second quest will also grand the "Busan Police Hovercycle Mount" in Heroes of the Storm.

Starting the week of May 8, completing five games — in addition to the ten previous games for quests one and two — with a friend in the quick match, ranked or unranked modes will grant the following rewards in Heroes of the Storm:

Completing the week three quest will also grant the following items in Overwatch:

Starting the week of May 15, completing five more games — in addition to the 15 previous games for quests one, two and three — with a friend in the quick match, ranked or unranked modes will grant 10 free loot chests in both Heroes of the Storm and Overwatch.

Though the quests unlock on a weekly basis throughout May, you'll only have until May 22 to complete them all.