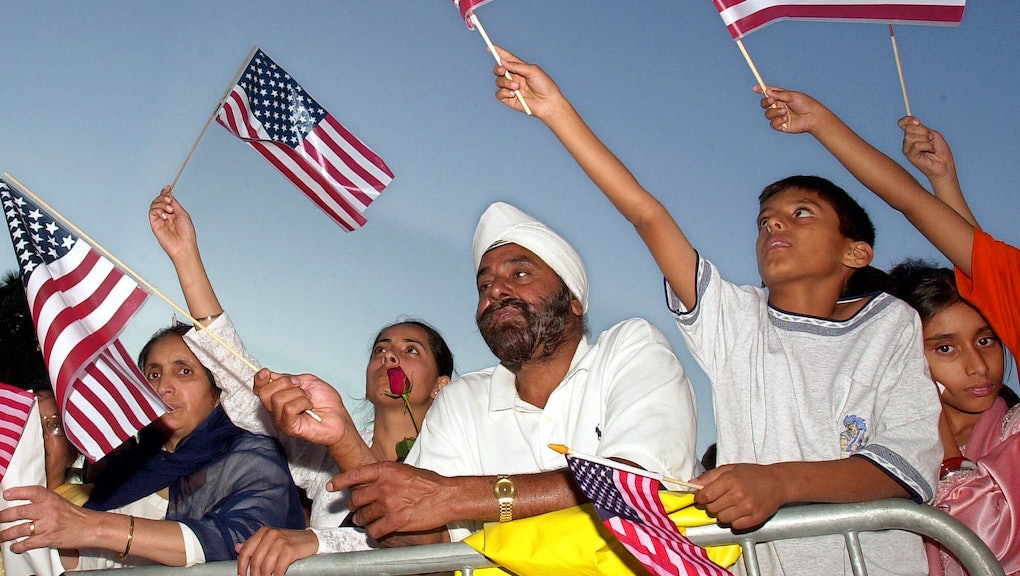 An American Sikh advocacy group is hoping to change perceptions of the group with a $1.3 million commercial campaign.

On April 14, the National Sikh Campaign launched commercials to run on Fox News and CNN for about one month to help educate Americans about the Sikh faith and challenge misconceptions about their turbans. They have also aired commercials in Fresno, California, a city that holds one of the largest Sikh populations in the United States, and a frequent target for hate crimes since 9/11.

"We launched our ads on April 14, on Vaisakhi, which is a special day for Sikhs," Rajwant Singh, co-founder and senior adviser to the National Sikh Campaign, said in a phone interview. "[Vaisakhi] is a day when the turban and beard became our symbols — a mandatory part of our identity in 1699. Now, we are celebrating our identity to let the rest of America know who we are."

The campaign organizers said they hope the "We Are Sikh" commercials clear up misconceptions about their image and faith, and prove to the public that Sikh values are in line with American values. One ad, titled "Proud," features a family talking about signing up their son for Boy Scouts and describing their pride in being Sikh and American. Another ad, titled "Neighbors," features a diverse group of Sikh Americans discussing their love of Game of Thrones, Star Wars and Spongebob Squarepants.

Unfortunately, Sikh Americans have been severely impacted by the exponential rise of Islamophobia in the U.S. Within the first month of the Sept. 11 attacks, Sikhs were targeted in more than 300 hate crimes across the country. According to the Sikh Campaign, another Sikh American advocacy group, Sikhs are thousands of times more likely to be the victim of a hate crime. In March, in Kent, Washington, a white man shot a Sikh man in his driveway after shouting "go back to your country." Then on April 16, a Sikh cab driver was physically beaten and had his turban ripped off by a male passenger.

But it's not just hate crimes. According to Singh, 67% of Sikh American parents reported that their children have been bullied. Employment discrimination has also been an increasing concern for Sikh adults in the United States.

"There's an incredible amount of ignorance," Singh said. "60% of Americans have no clue who we are, but there is a constant barrage of media showing images of terrible people committing absolutely heinous crimes against Americans and communities in the Middle East. The moment people see us — people wearing turbans — around, they start associating us with Afghanistan and 9/11."

Gurwin Ahuja, co-founder and executive director of the National Sikh Campaign, said he believes it's part of an obligation for Sikhs to call on their American neighbors to learn more about their community and identity.

"I view [these ads] as having a conversation about our identity and it is our obligation to ensure we're keeping the American promise, which is to form a more united country," Ahuja said in a phone interview. "We want to make a correction to say that 99% of Americans that wear turbans are Sikh — and our turbans represent gender equality, racial equality and religious tolerance."

Ahuja said he is optimistic about American society and believes people will be more accepting and tolerance once they're educated about Sikhism.

"I'm to excited to learn about other people's culture and teach them mine," Ahuja said. "We live in multicultural society with a lot of different cultures and ideas. This is a strength we have in America."

You can watch the ads in full below: