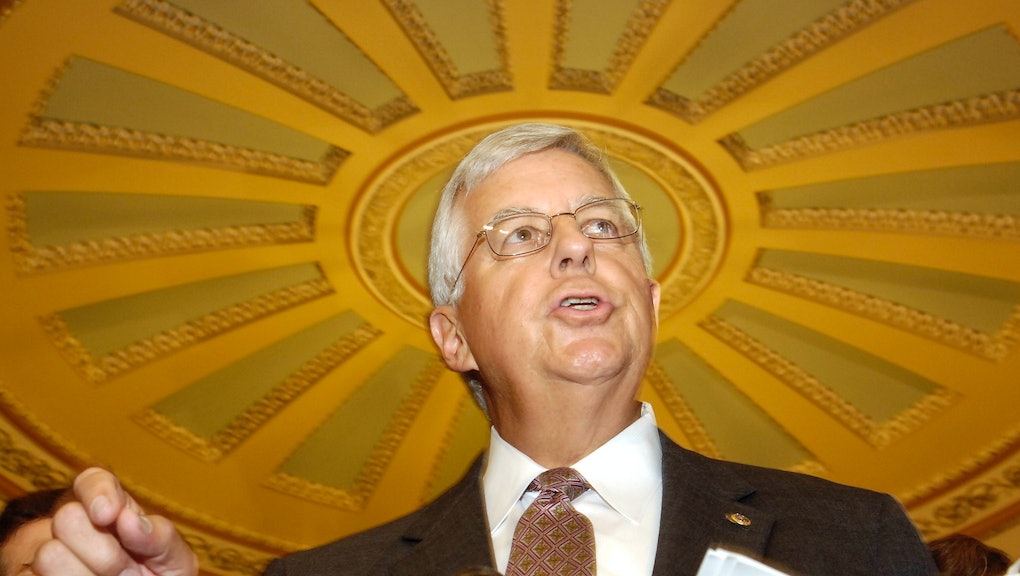 Sen. Mike Enzi says a man wearing a tutu in a bar "kind of asks" to be beat up

Wyoming Sen. Mike Enzi recently told a group of middle- and high-school students that a man who wears a tutu to a bar "kind of asks for it," the Huffington Post reported Tuesday.

According to the Post, Enzi was speaking Thursday at Greybull High School and Middle School in Greybull, Wyoming, when a student asked about the his plans to support LGBTQ communities throughout the state. Enzi somehow segued into a tangent on how if a man wearing a tutu to a bar ended up facing physical harm at the hands of other patrons, the victim would deserve part of the blame.

"You can be just about anything you want to be" in Wyoming "as long as you don't push it in somebody's face," Enzi said, according to the Greybull Standard.

"I know a guy who wears a tutu and goes to bars on Friday night and is always surprised that he gets in fights. Well, he kind of asks for it. That's the way that he winds up with that kind of problem."

While Enzi did not elaborate on the anecdote, he did add that handling that type of behavior "can't be done by law" and that "the biggest thing that we need is civility."

A spokesperson for Enzi told the Post the senator was not trying to excuse homophobic violence but simply suggest everyone involved in such a situation bears a responsibility to be more respectful in their behavior. For Wyoming Democratic Party Chair Joe Barbuto, that's not nearly good enough.

"Let me be clear: No one deserves or is asking to be punished for simply being who they are," Barbuto told the Standard. "The senator should already know that."

Wyoming is the state where, in 1998, 21-year-old gay college student Matthew Shepard was brutally beaten by two homophobic men and left to die while strung to a fence. The state still does not have an adequate hate crimes statute for prosecuting such offenses, and reports of gay-bashing remain far from uncommon.

Enzi has since apologized for the comment, according to the Casper Star-Tribune, though it would seem his tolerance has limits: The senator has voted against anti-discrimination protections for LGBTQ people and was ranked as one of the most anti-LGBTQ members of the Senate by the Human Rights Campaign.