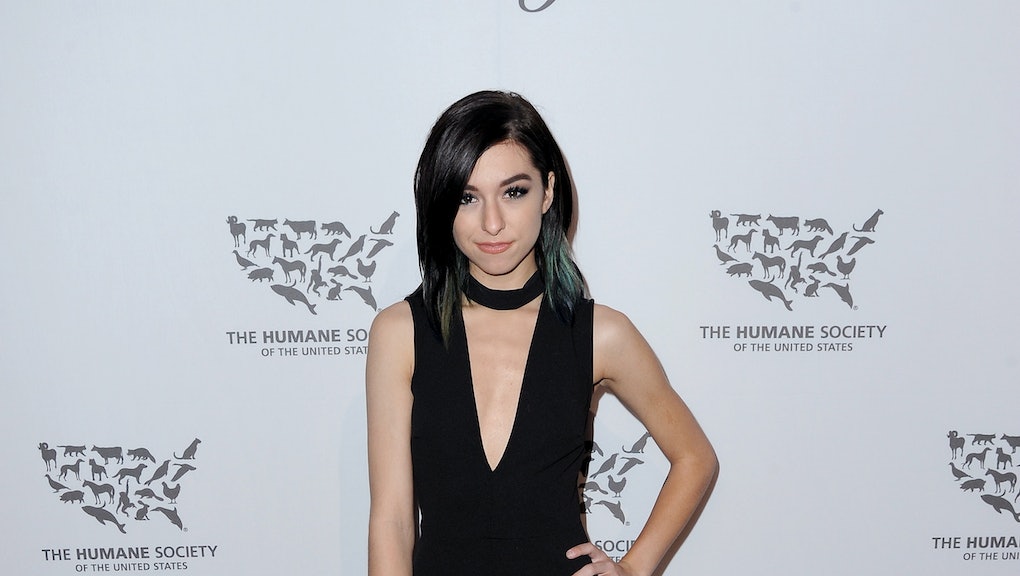 Adam Levine and his team on The Voice delivered a moving tribute to Christina Grimmie on Tuesday's episode.

Before the performance, host Carson Daly introduced Grimmie's family, who was in the audience. "As you know, family is very, very important to us here at The Voice and last year we tragically lost one of our own, the incredibly talented and beautiful Christina Grimmie," Daly said.

He then announced the Christina Grimmie Foundation, which will support those affected by breast cancer and gun violence.

Levine, alongside his team of contestants on The Voice, including Jesse Larson, Lilli Passero and Mark Isaiah, performed a touching rendition of the Beatles classic, "Hey Jude," in honor of Grimmie.

"I miss her, it's unfair that she's not here and we're gonna sing her a little song tonight, and I'm going to be singing every word to her in her honor," Levine said before the performance.

Sadly, Grimmie was killed when she was shot by a fan after a concert in Orlando, Florida, in June 2016.

The tribute was especially meaningful for Levine, who coached Grimmie during season six of the singing competition. Grimmie made it to the final rounds of The Voice and was eager to advance her career after the show. Several music videos have been released posthumously by her family in support of her four-song EP "Side A."

Catch all new episodes of The Voice on NBC at 8 p.m. Eastern on Mondays and Tuesdays.