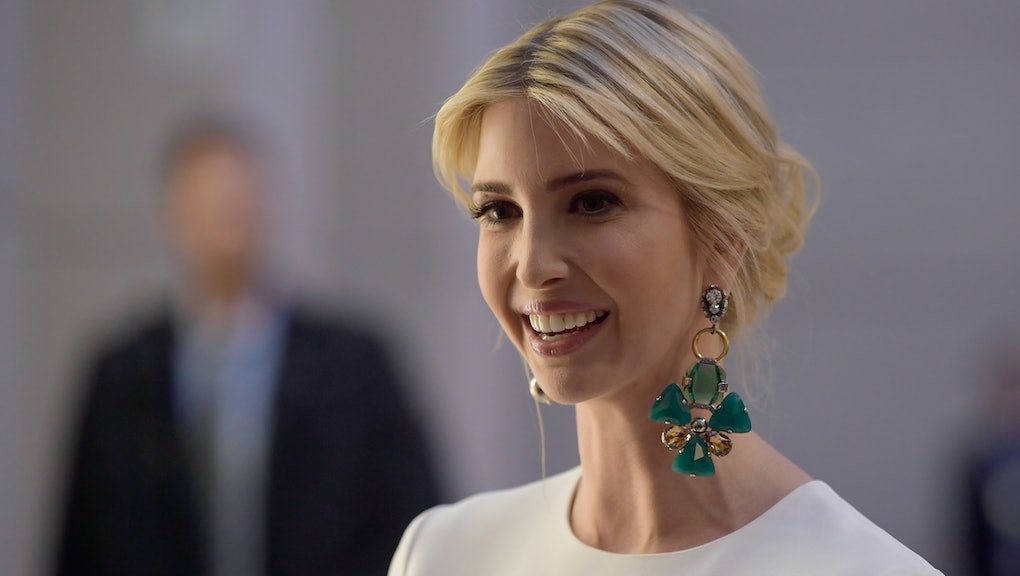 President Donald Trump condemned the Clinton Foundation as a "criminal enterprise" that allowed foreign leaders and corporations to buy access to Hillary Clinton.

Yet his daughter, Ivanka Trump, is setting up a group that looks almost exactly like the foundation he so fervently denounced on the campaign trail.

Ivanka Trump told Axios reporter Mike Allen that she "has begun building a massive fund that will benefit female entrepreneurs around the globe."

According to Allen's report, "countries and companies will contribute to create a pool of capital to economically empower women," with some countries such as as Canada, Germany and "a few Middle Eastern countries" already making commitments.

Ivanka said she envisions the organization will fund "small- and medium-sized enterprises" to women around the globe.

It's hard to understate how similar that is to the Clinton Foundation that Donald Trump so brutally attacked throughout the 2016 presidential campaign.

The Clinton Foundation runs programs across the globe to help create "opportunity for girls and women" among other things.

But while the Clintons said they would step aside from the Clinton Foundation in the event of another Clinton presidency, Ivanka Trump would be soliciting funds from foreign countries and businesses while serving as a member of her father's administration.

That would raise questions about conflicts of interest, and whether foreign countries would be seeking influence by donating to her organization.

Despite the glaring hypocrisy and potential ethical issues, Axios notes that the president is apparently a "huge supporter" of Ivanka Trump's idea.