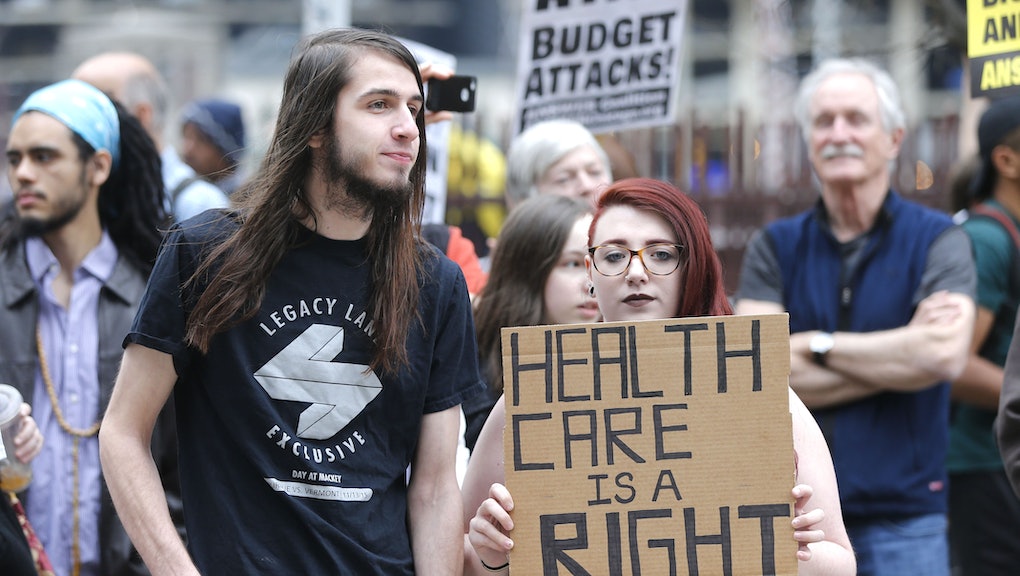 Republicans' efforts to repeal the Affordable Care Act — and leave millions uninsured in the process — are overwhelmingly unpopular with Americans, with just 37% in favor of repealing and replacing the health care plan.

Now, the Washington Post has reported that Republican lawmakers will face resistance from another powerful group: the United Nations.

In a letter sent in February to the State Department, as released on Tuesday by the Post, the Office of the U.N. High Commissioner on Human Rights in Geneva expressed "serious concerns" about repealing the ACA, citing projections that doing so would cause 29.8 million more Americans to be uninsured.

By repealing the ACA, the letter alleges, the U.S. would be in violation of several international laws. These include the Universal Declaration of Human Rights; the International Covenant on Economic, Social and Cultural Rights; the International Convention on the Elimination of All Forms of Racial Discrimination and a general comment from the Committee on Economic, Social and Cultural Rights, which "establishes States parties' immediate obligations in relation to the right of health, including guarantee that the right will be exercised without discrimination of any kind."

While the U.S.'s health care system could have been in violation of the international laws before the ACA was enacted — and the country's health care system still doesn't make health care a fundamental right — the letter specifically warns against walking back the progress that's been made, specifying that "retrogressive measures taken in relation to the right to health are not permissible."

The letter, which was written by Dainius Purus, the Special Rapporteur on the right of everyone to the enjoyment of the highest attainable standard of physical and mental health, urges "all necessary interim measures be taken to prevent the alleged violations."

If the allegations about ACA repeal's negative effects are found to be true, the letter notes, there must be "adequate measure to prevent their occurrence as well as to guarantee the accountability of any person responsible."

The U.N. intended the letter to be read throughout the U.S. government, asking for it specifically to be shared with House Speaker Paul Ryan and the majority and minority leaders in the House and Senate.

This doesn't appear to have happened. Though the Department of Health and Human Services did receive the letter, the Post reported, minority leaders Rep. Nancy Pelosi and Sen. Chuck Schumer, along with Ryan and Senate Majority Leader Mitch McConnell, were apparently all unaware of its existence, as was the State Department.

So what's the significance of the letter?

Apparently, its meaning may be more important symbolically than in practice — especially since President Donald Trump only thinks of the U.N. as an "underperformer" and a "club for people to get together, talk and have a good time."

Legally speaking, the Post reports that the U.N. "has no practical way to impose its will on Congress." But by violating these laws, Republican lawmakers are making it even more clear that their health care ambitions might not have the best interest of their constituents in mind.