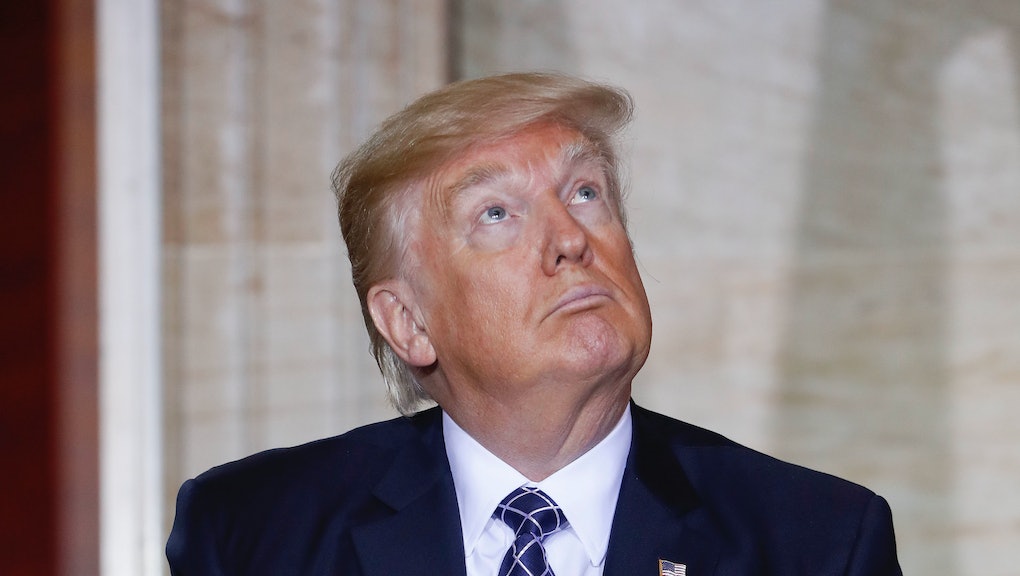 President Donald Trump on Wednesday unveiled a proposal for what Treasury Secretary Steven Mnuchin called the "the biggest tax cut and the largest tax reform in the history of our country" — a plan that could save the president tens of millions of dollars.

The plan — which would cut the business tax rate to 15% — would apply both to companies that pay the 35% corporate tax and "pass-through" companies that are currently taxed at up to 39.6%.

While pass-through companies — which are not taxed as an entity, but on the business owners' tax returns — are typically smaller, large corporations often "masquerade" as pass-throughs to avoid corporate income taxes, bilking the U.S. Treasury out of billions, according to the Center for American Progress.

The Trump organization is one such "masquerading" company. The president's business empire is structured as a group of smaller pass-throughs, and he's likely taxed at the top rate of 39.6% on his earnings — though it's impossible to say for sure, since he still hasn't released his tax returns and apparently has no plans to do so anytime soon.

This means Trump would directly benefit from his own plan, with his tax rate potentially being slashed by more than half.

"It's the most transparently self-interested policy he's proposed since taking office, and it will likely save him tens of millions of dollars," Vox's Dylan Matthews wrote.

Though Mnuchin talked up the plan as a way to drive economic growth and create jobs, it seems the proposal would mostly benefit big business and the wealthy, costing the government billions in important tax revenue and worsening income inequality, according to CAP.

The one-page plan — which would impose individual tax brackets of 10%, 25% and 35% — is a "first draft," ABC News reported, one that is likely to face opposition from Democrats and some Republicans. Analysis of Trump's tax plan during the 2016 presidential campaign showed it would likely grow the budget deficit over time.