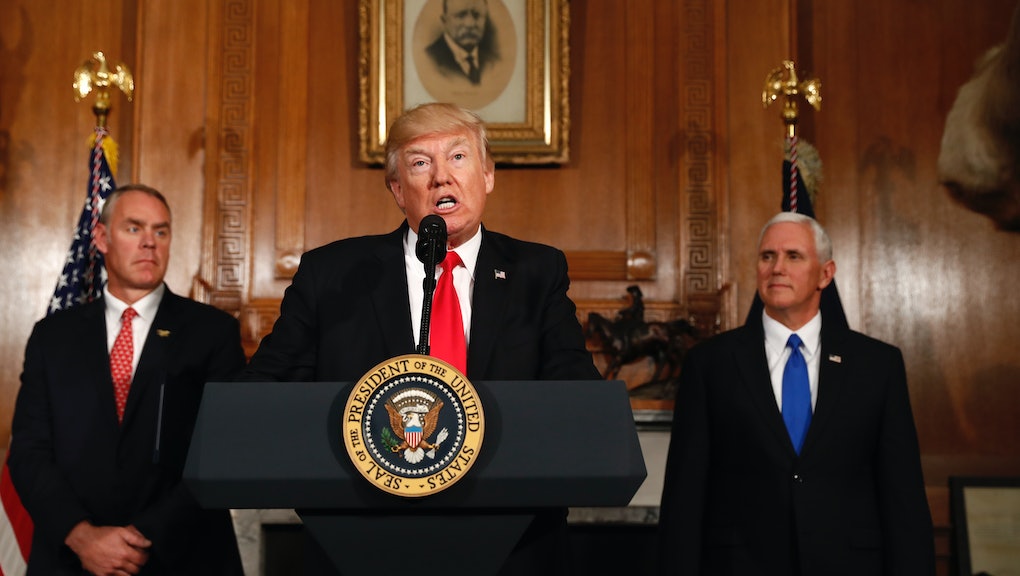 Trump's tax plan is short on details, but will lower taxes on billionaires like him

President Donald Trump put out a rough draft of his tax reform plan on Wednesday — a one-page document that lacks detail and follows the tax proposal he released during the campaign almost verbatim.

With so few details, it's hard to say how the plan will actually benefit low-income to middle-income families in America.

However, what we do know is that millionaires and billionaires — like Trump and his family — are set to benefit handsomely if a plan resembling this one comes to pass. That's because two of the plan's biggest proposals directly impact the wealthiest Americans.

The first is a repeal of the estate tax, which the Trump administration ominously dubbed the "death tax."

The estate tax only benefits the very wealthy. It taxes the estate of a deceased person, but only if the estate is worth more than $5.49 million. And even then, the entire estate isn't impacted. Only the amount that exceeds the $5.49 million threshold is taxed.

For married couples, the estate tax only kicks in on inheritance greater than $10.98 million. That means Trump's own children, for example, would stand to benefit mightily if the estate tax is repealed.

The next casualty of the tax plan would be the "Alternative Minimum Tax."

The AMT was created back in 1969 in order to ensure that rich people, like Trump, could not deduct their way out of paying taxes. At the time, those who earned more than $200,000 were able to avoid paying any federal income taxes, thanks to deductions.

The AMT impacts roughly 5 million tax filers in the U.S., according to the Brookings Institution — one of those filers being Trump himself.

Mnuchin also added that Trump doesn't plan to release his taxes, saying Trump "has given more financial disclosure than anybody else" — a bafflingly false statement given that Trump is the only president in more than 40 years to not willingly release his tax returns.