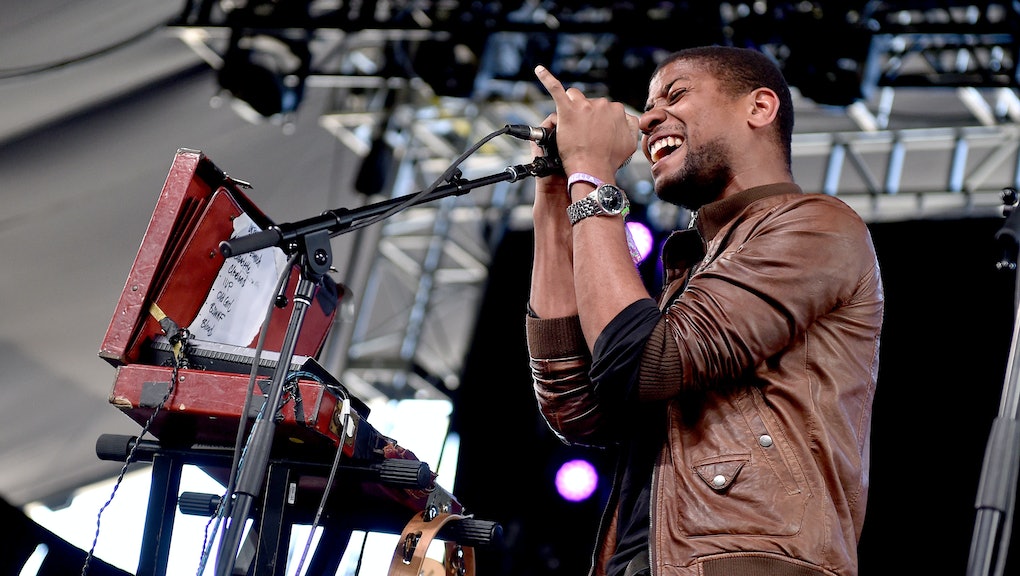 You don't know what real power is until you're on the wrong side of it.

Algiers frontman Franklin James Fisher cannot remember for the life of him where that quote came from. "It was probably from something really stupid," he said in a recent interview with Mic. But still, it resonated with him, maintaining such a significant portion of his fascination that it formed the cornerstone of the band's upcoming record, The Underside of Power, announced Thursday with a title track and accompanying video.

"At that point you're completely subject to whatever that person, whatever that institution wants to impose upon you," Fisher explained, drawing a metaphor of the powerful, represented by a boot, crushing a seemingly helpless creature underfoot. "There's also the hope that maybe there's a vulnerability underneath that foot, and if you're a snake or something, you could bite it and gain some sort of victory."

The video translates that concept back to the world at large. Set in the crumbling offices of a revolutionary, anti-fascist, black liberation party, the video captures the band performing its characteristic blend of punk and soul under a blood-stained ceiling. Clips from past revolutionary movements drawn from the National Archives help place the video in context. It leaves the viewer with the notion that the current global struggles for justice and true democracy are extensions of a fight that's been waged for decades.

Algiers has long operated in this transhistorical, intersectional space. Their previous "Blood" video made a collage out of America's music and protest history, assembling snapshots of Eazy-E, Jimi Hendrix, civil rights protests and James Baldwin interviews. "The Underside of Power" presents similar cross sections, including footage of the Black Panther party, the 1968 Washington, D.C., riots, the Little Rock, Arkansas, school integration crisis and newsreels the U.S. put out about Nazi Germany during WWII.

"The story of the video is kind of embodied in one of the themes we always try to get across, and that is the melancholy of the failed revolution," bassist Ryan Mahan said in an interview. "I studied history, and history for me has always been a place to dream because there are scenes and points in history when people were doing incredible things against the odds to change circumstances — and that's inspiring."

More specifically, the video was inspired by the Moroccan film Foreign Office, which charts the physical foreign offices of revolutionary movements like Black Panthers and the PLO, based in the band's namesake city of Algiers. "It's really interesting that it's this space that inspires, but it's melancholy because it has that embedded idea of failure," he said.

"We're hopeful people, but we're also really cynical people, because we've seen what happens," Mahan added. The record, out June 23rd through Matador Records, will play out the fundamental tension of that drama. "No matter how total power feels, it always has its weak spots."