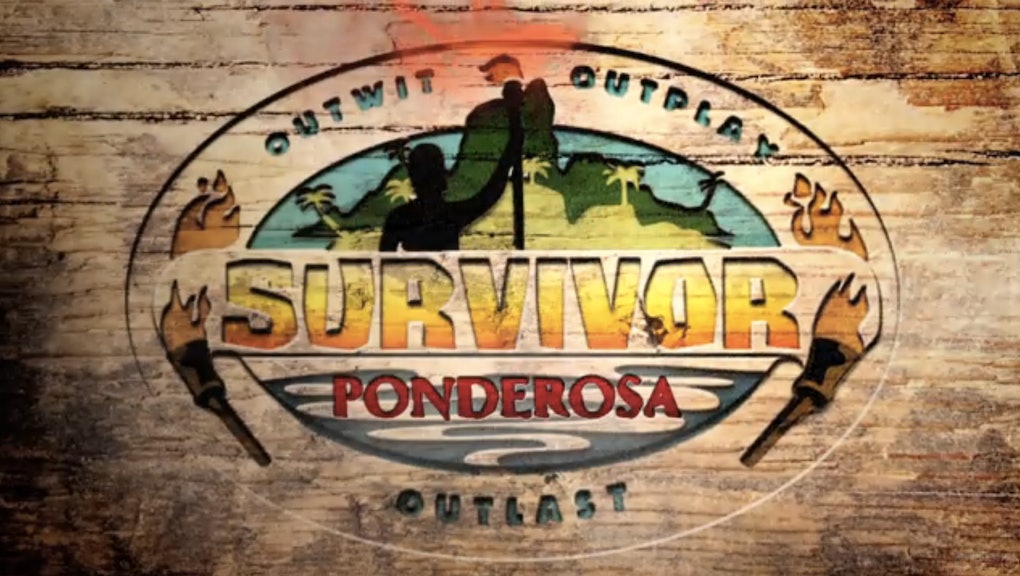 'Survivor' Ponderosa: Former jury members reveal what really goes on after being voted out

I remember flying into Fiji for Survivor Season 33, Millennials vs. Gen X. It was a long flight with a group of strangers I wasn't allowed to talk to yet. We must have looked funny to airport goers — a large, eclectic group who were clearly not speaking to one another. We took a plane, a bus, and a boat before finally arriving at a small island filled with bungalows. There was one large dining bungalow, complete with a bar and a buffet area. That's when I started freaking out. We were at Survivor Ponderosa.

For those a little less Survivor nerd savvy, Ponderosa is where voted out contestants go after they leave the island. Those who get voted off too early in the game to join the jury all gather at Ponderosa before they're shipped away. Then, one by one, the jury heads to Ponderosa where they live, deliberate, and drink. Each member of the jury gets a "Ponderosa video," a short clip about their first few days out of the game. As a fan, Ponderosa videos are one of my favorite parts of the show. You get to see who a player is off the island and see how they handle whatever just happened to them.

Ponderosa is also a fascinating place where people who have just competed against each other for a million dollars are forced to live together and hang out. Because I went to the end, I only had one night at Ponderosa. Most of it was spent eating in a daze: pasta, burgers, candy, and Oreos dipped in peanut butter.

But what's life really like at Ponderosa? I reached out to some of my fellow season 33 contestants to get the inside scoop.

You're depressed, but at least there's food.

Bret LaBelle was voted out of season 33 with only a few days to go.

"It's a long boat ride to Ponderosa," he says. "And I was really bummed out because I didn't want to be there. I didn't want to go there. A lot of emotions come over you. At one point, though, you're like, 'I'm gonna chow down tonight. I'm going to drink beers tonight.' There's a part of you that's depressed but there's a part of you that's excited to eat."

It can be a glorious reunion or an awkward welcome.

Some players arrive to Ponderosa with a mixed welcome. It's not uncommon for folks to get the cold shoulder when they first arrive. John Cochran famously walked out of season 23, South Pacific, and discovered that his castmates were not too willing to forgive and forget. Bret however, was well-liked in the game, and remembers the warm welcome he received.

"When I got there — and I don't get choked up really — everyone came to the door with beers and cheering for me," says Bret. "And it really choked me up because you realize it's a game and you met some wonderful people out there. And I realized [that] walking towards them."

Ponderosa is a much-needed recovery period.

For Sunday Burquest, Ponderosa was a necessary time to recover from the game.

Ponderosa was a really good time to decompress. I think it would have been really difficult for me to be there a short amount of time and go right back home into my regular life. It was really good downtime for me emotionally and mentally ... a forced opportunity to really think back on the experience you just had.

But it's not all fun and games.

Survivor isn't quite over for jury members when they hit Ponderosa. You see, the jury votes on a winner. Real world juries are sequestered, meaning they can't talk to one another about the case. On Survivor, jury advocates — players who want a specific person to win — and groupthink play a big role in the eventual decision. I remember people who had seen me play suddenly had strong, shared opinions on my game by the time we got to final tribal. There is a shift in power from the players to the jury at the end of the game. Many other shifts occur at Ponderosa before the final tribal even happens.

Will Wahl was one contestant who spent a good chunk of time at Ponderosa with the jury.

For me, Ponderosa is kind of a moment to regather your thoughts and replay moments that were out in the game — things you did wrong and things that other people did right. Kind of a moment to realize what kind of juror you personally want to be. ... From a super-fan perspective, Ponderosa is pick who you want to win, try to sway any vote you can and really gather your thoughts on who you want to win and why.

I am not criticizing the fact that the jury is not sequestered, but it is an interesting thing to explore — an aspect of the game that those still playing have to take into account. The jury influencing each other's beliefs do exist. Will says he saw that "come into play immediately."

"The first night I remember Taylor [Stocker] pulling me aside and being like, 'Will, the game is still on in a weird way. Because we're going to decide a winner and everyone wants their specific person to win.'"

The closer it gets to day 39, the more intense Ponderosa can get, according to Will.

It's a big part of the show — that no one sees.

My personal belief is that there could be an entire second hour of the show that takes place at Ponderosa, so audiences can fully understand the game. What we do have are small sneaks behind the curtain. Truly, any Survivor fans who want to see the full game play should consider checking out the Ponderosa videos. They're well worth it for a deeper insight into how the jury members think and to see people get silly with endless free time.

This article was originally published on April 27, 2017