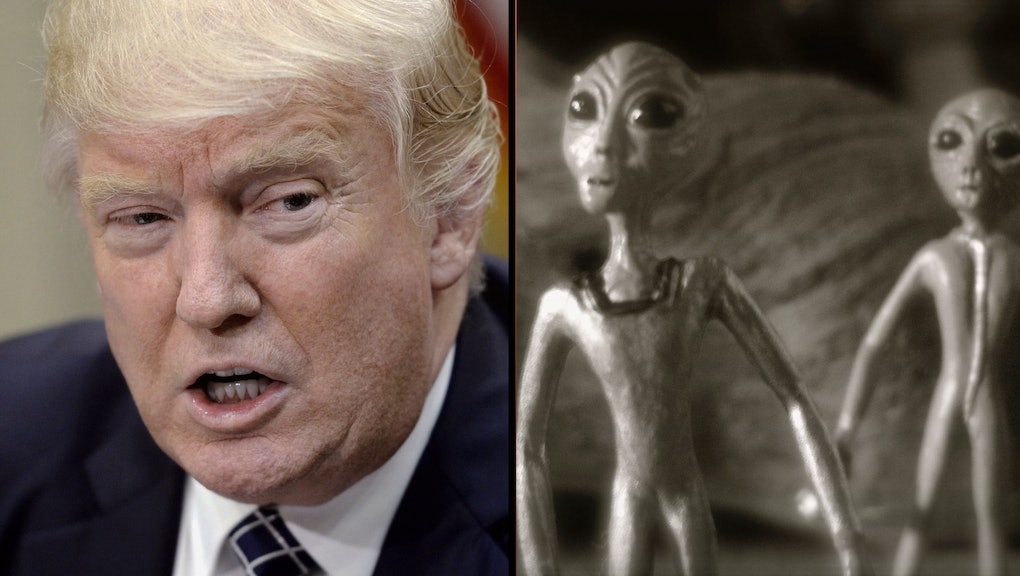 Trump started an anti-immigrant hotline. People are trolling it with tales of aliens.

The resistance is really phoning it in.

On Wednesday, Trump administration launched the Victims of Immigrant Crime Engagement Office, which got Trump booed when he first unveiled it during his joint speech to Congress on Feb. 28. With the launch of VOICE also came the opening of VOICE's official hotline, which fields calls from those who allege they are the victim of a crime carried out by a immigrant.

According to BuzzFeed, since the hotline's launch, the phone lines have been tied up with calls about undocumented aliens — from outer space.

Given that the launch of the hotline coincided with Alien Day, people put two and two together and launched a plan to inundate the hotline with stories of alien abductions.

Marine Corps veteran Alexander McCoy told BuzzFeed that he called, but the person on the line didn't seem to get the joke. However, he's happy people are showing solidarity with immigrants.

"I think it's powerful to see the response there's been," McCoy said. "I think there are a lot of people who have been searching for something they can do to speak out, and I'm glad that so many people are showing solidarity with the immigrant community."

Immigration and Customs Enforcement told BuzzFeed in a statement that their lines had been busy with prank calls since the launch.

"There are certainly more constructive ways to make one's opinions heard than to prevent legitimate victims of crime from receiving the information and resources they seek because the lines are tied up by hoax callers," an ICE spokesperson said. "We will adjust resources, if necessary, to ensure that the victims for whom this office and hotline is intended get the info and resources they need."

Some people talked about more than space aliens. At least one person used the telephone line to complain about Melania Trump.

One person said the office hung up on her after she reported she was being "victimized by an immigrant living in NYC on my tax dollars."

Given that the VOICE office is based on a completely false premise, space aliens seem like a great use of the phone lines.