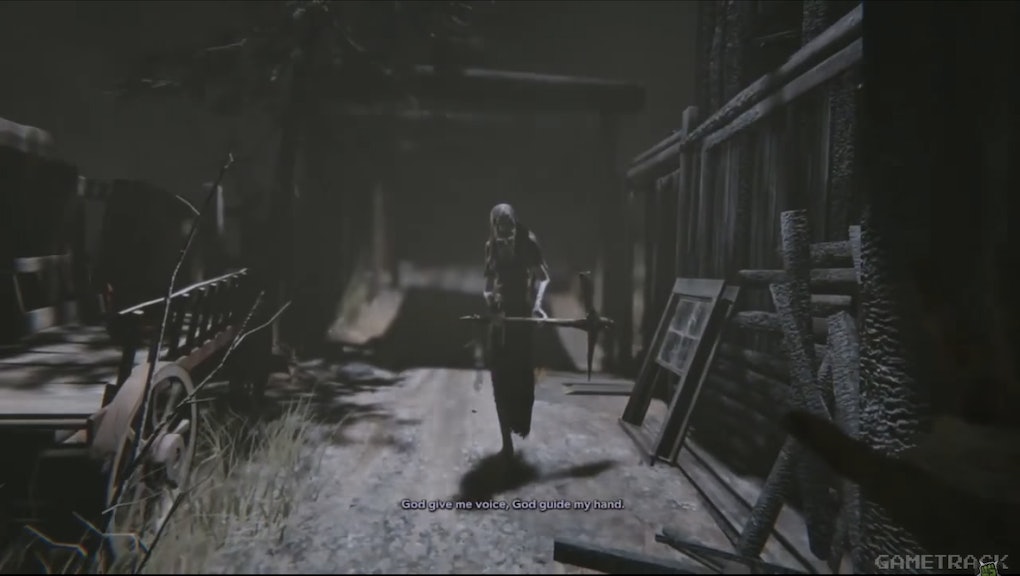 Horror games, whether they give you the means to fight back eventually or not, love throwing unkillable pursuers at you. There's the Nemesis from Resident Evil 3, the Dahaka from Prince of Persia: Warrior Within and the various Mockingbirds from SOMA. Now Outlast 2 joins the fracas by including Marta, a giant, unkillable nun wielding a pickaxe in the shape of a cross who pursues protagonist Blake Langermann throughout Temple Gate, Arizona.

(Note: This article will contain spoilers for the upcoming game Outlast 2.)

Outlast 2 Marta: Once you've met the enforcer of the Testament of the New Ezekiel, you'd better be prepared to run

According to a gameplay video by YouTube user theRadBrad, the first time you'll run into Marta is once you encounter Ethan, a disillusioned parishioner who'll let you hide in his basement and rest for a little while. When you wake up, you'll hear him having a conversation with a raspy-voiced woman who demands to know where Ethan is hiding you. Since he doesn't give you up, you hear the sounds of Ethan begging for mercy and a couple of pretty gruesome noises.

According to GamesRadar, once you've encountered Marta for the first time, she'll be a recurring antagonist who will pulp you in one hit, and you can't sneak around her. She's basically the game's way of telling you to go another way, and GamesRadar suggests circling around her to give yourself some much-needed breathing room.

If you're having some trouble with the first time you encounter her in a barn shortly after she kills Ethan, the Escapist has some tips for you as well: You'll want to find a shed nearby the barn you're trying to get into. Marta will then reveal herself (you'll have previously seen her dragging a corpse along the road with her pickaxe), and you can circle the shed to put some much-needed distance between you and the fanatic while making a break for the barn.

That won't be the last you see of her, so be prepared to meet a lot of untimely ends at her hands before you finish the game. Good luck.