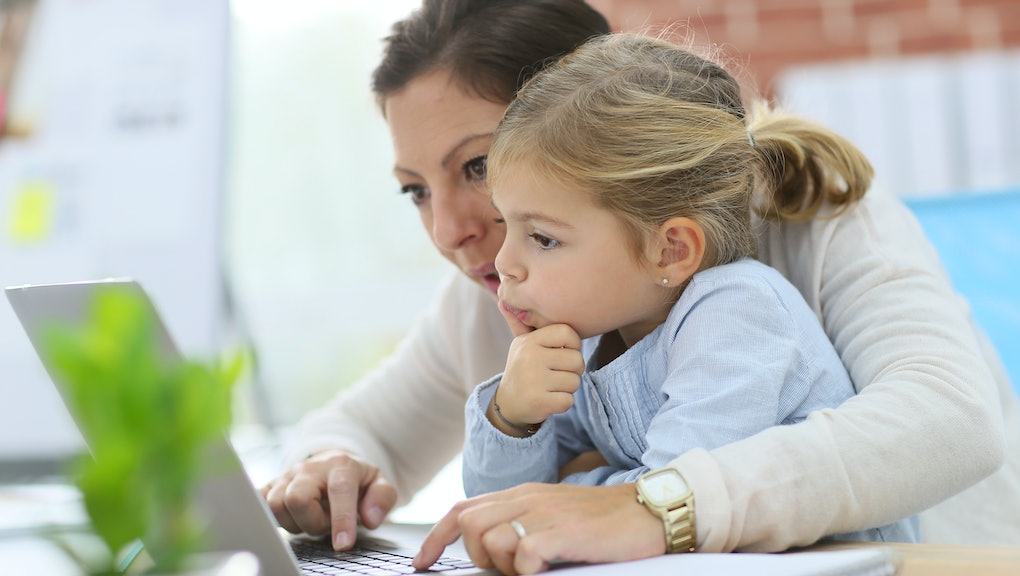 Take Our Daughters and Sons to Work Day seems like it should be a harmless, inoffensive, even cute holiday free of any problematics.

As it turns out, the holiday had been conceived as a feminist holiday meant only for parents and their daughters — that is, until a men's rights activist got so angry he took legal action to demand it include sons.

According to Time, "Take Our Daughters to Work Day" was created in 1993 by Ms. Foundation president emerita Marie Wilson with hopes of giving young girls professional aspirations.

Among Wilson's favorite stories of the inaugural Take Our Daughters to Work Day, was an anecdote of a girl looking around a newsroom and asking, "Why are there only white men here making the news?"

The New Yorker reported that Manthey's case was dismissed since he wasn't a state employee and couldn't have suffered damages as a result of his allegations. But on top of this legal ordeal, the "daughters" program was having a hard time finding government funds without including boys.

And so, in 2003, the holiday became "Take our Daughters and Sons to Work Day," gaining White House support the following year.

Wilson said the holiday had always been meant to include boys in some measure, but she thought that sons might benefit more from learning about the domestic sphere, rather than the professional one — which they've historically had access to.

"We hoped to do a Take Our Sons Home Day, and we wanted boys to learn about the house, what it's like to be at home, and create a whole curriculum around the issue of two-career families," Wilson told Time.

Still, she said it's worth focusing on girls since women still have a long way to go toward equality in the professional arena.

"Originally, we started it to remind adult women of what dreams they had," Wilson added. "And there are still plenty of adult women who are not living out their dreams."