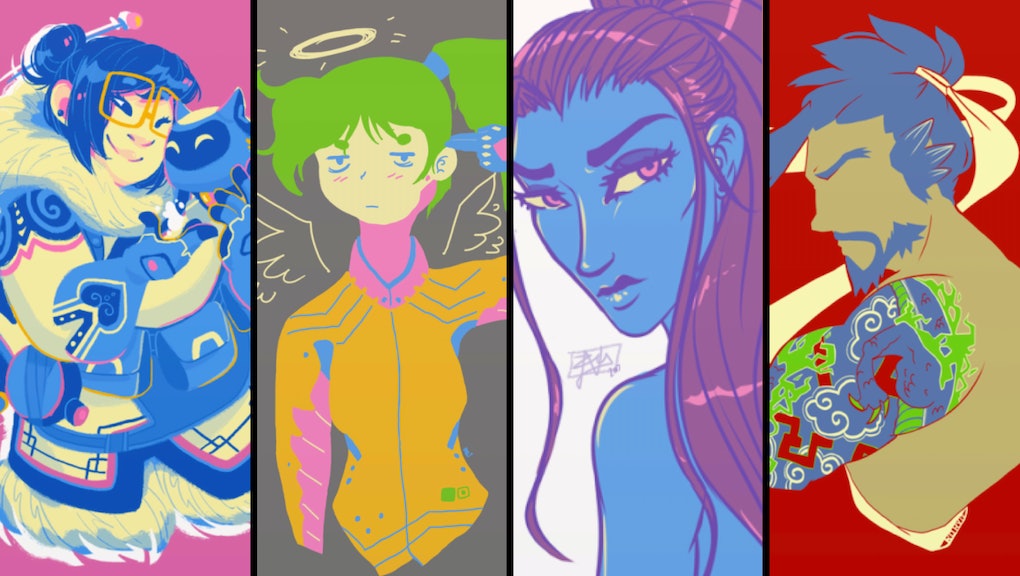 The newest Overwatch thing is the "Overwatch palette challenge" — and it's yielding loads of gorgeous, trippy, psychedelic fan art. It all started as a challenge that Tumblr user zyvian issued to the more artistically inclined members of the Overwatch community in mid-February. In his post, he asked players to convert the colors associated with their most played characters into an illustration of their "main" — the one hero they play most.

Here's zyvian's original post that kicked the whole thing off:

In the post above, zyvian took a screenshot from his Overwatch "career profile" page, which organizes all of the game's characters in descending order based on how long you've spent playing each one. Overwatch displays each character's "time played" statistic with a specific color, so the palette that's generated by each person's five most-played heroes will be entirely different from person to person.

It didn't take long for the Overwatch fandom to take hold of this challenge and run with it.

The best thing about this challenge is that it forces artists to work with gaudy color palettes, creating a dreamy, neon punch to the face. Embedded below is just a small handful of the collection of the psychedelic, striking art that the Overwatch fandom has generated so far. Check it out.