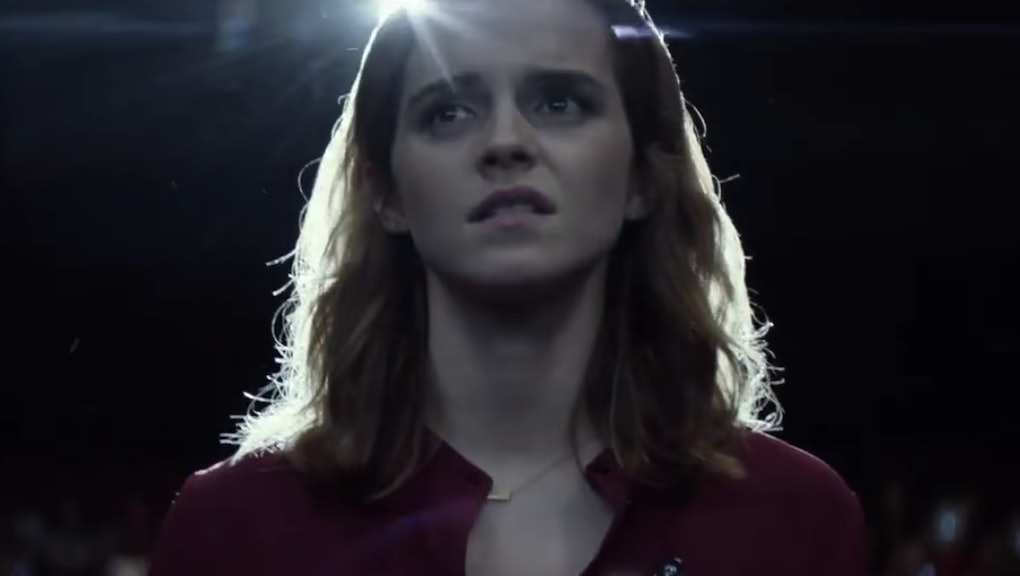 'The Circle' Review: Emma Watson and Tom Hanks' new movie is a mess

The Circle is a bad movie. Honestly, we could leave it there and save a lot of time; the critical community seems pretty in sync on this point. James Ponsoldt's adaptation of Dave Eggers' novel of the same name, which premiered at Tribeca Film Festival and opens nationwide Friday, is nonsensical, heavy-handed and poorly executed in equal measure. There is basically nothing redemptive in it, aside from some fun visual gags.

It didn't have to be like this. Yes, Eggers' novel was also pretty blunt, but a skilled adaptation could have gutted what didn't work and made this a more interesting movie. The concept — an Apple-esque company holds an increasingly alarming monopoly over people's lives, information and time — isn't a terrible one.

But having Eggers adapt his own script (working with Ponsoldt) is the movie's undoing: The writer wasn't able to be objective, and all the problematic elements remain. Combined with an off-the-mark performance from star Emma Watson and a relatively low-key performance from Tom Hanks, The Circle fails to inspire anything but boredom and frustration.

Mae Holland, played by Watson, joins The Circle — a technology company with arms in the social media, information and surveillance spaces — as a customer service representative. She gets the job on a referral from her friend Annie Allerton, a higher-up in the company. Annie's part of something called the Gang of 40, but good luck finding an explanation of what that is in this film.

She's somewhat wary of the company's strong, anti-privacy stance, and only becomes more so in conversations with a mysterious man named Ty (played by John Boyega, who gets away with the least-misguided performance in the movie). After a near-death experience, however, her faith in The Circle is restored, and she becomes the poster child for its success.

Ostensibly, we're supposed to see Mae falling deeper into the cult of The Circle, only to at some point have a breakthrough. This development is barely supported by the dialogue, and Watson does nothing to make Mae's motives clear. Part of me wants to blame Ponsoldt's direction, but we're at the point of admitting that, as an actress, Watson isn't quite delivering on the promise she showed as a child actress.

She was indelible in The Bling Ring, but her performances since have consistently underwhelmed. Look no further than her disappointing Belle in the Beauty and the Beast remake. The Circle is a troubling step that emphasizes all of her worst qualities — blandness, relative inexpressiveness — with none of her best — her charm, intriguing accent work and smart choice making.

However, Watson's practically Oscar-worthy compared to Ellar Coltrane. The Boyhood actor co-stars as Mae's love interest, Mercer, and calling his work a "performance" is an insult to performers. His line readings are just that, reading — there's absolutely no inflection or emotion in most of them. His and Watson's chemistry is also nonexistent.

Unfortunately, Mercer is a major part of the film's climactic incident, and thus what should be a tense, emotional scene feels totally without stakes. This is the biggest problem with The Circle: Each issue stacks. Watson's performance is bad, but Coltrane's is worse, and both of them need to be good for a scene that isn't even very well-written, and thus Ponsoldt's direction is useless.

I wish there was something to recommend The Circle (the pop-up comments from users that display on-screen are funny?), but it's just a total wash. Go rewatch The Bling Ring instead.