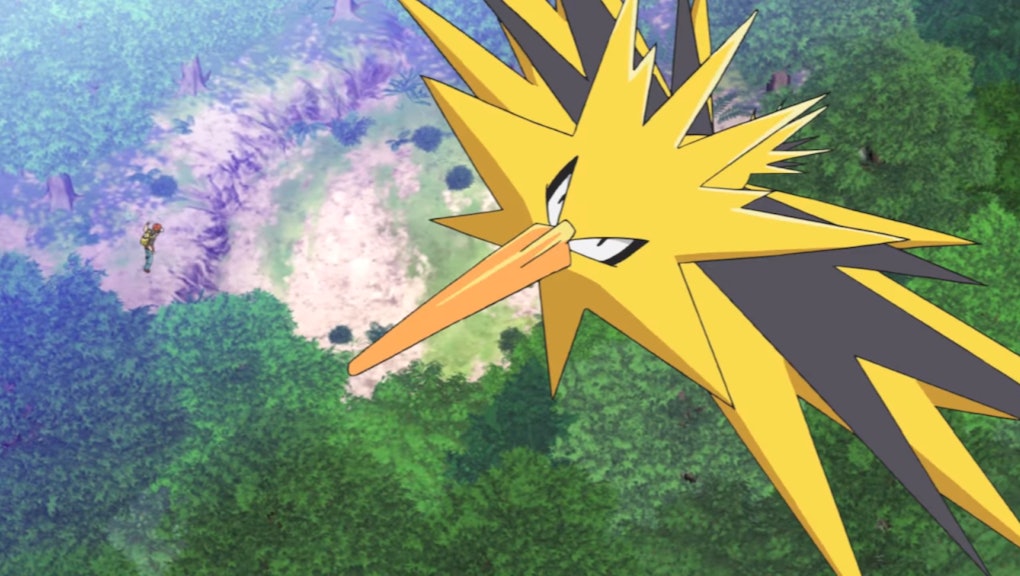 In spite of what the internet may tell you, there hasn't been much talk about what the implementation of Legendary Birds will look like when it arrives later this year. Although Pokémon Go fans are excited about the hinted-at event, I think there's a case to be made that whatever form the Legendary Birds event takes, it's probably a mistake for Niantic to make Articuno, Zapdos and Moltres normal Pokémon.

Here's the deal: as far back as the main series's first generation, Articuno, Zapdos and Moltres were incredibly hard to obtain. You find Moltres on Victory Road, which is one of the last areas you go to in Pokémon Red and Blue in order to fight the Elite Four and finish the game. Although you can technically obtain Zapdos with only three badges, chances are most normal players will wait until the end of the game to catch it and the other two legendary birds.

Catching legendary Pokémon is something you do at the end of your journey towards being a Pokémon Master.

Pokémon Sun and Moon made this even more explicit by making it impossible to catch any of the Ultra Beasts or Island Guardians until you've finished the main storyline. It sets a weird precedent in Pokémon Go if you start catching "endgame" Pokémon in a game you're ostensibly able to keep playing forever.

Now this might all change with the proposed gym update, but as it stands, legendary Pokémon are supposed to be, well, legendary. This means that if they debut like regular Pokémon, you're either going to see nothing but legendary birds floating over gyms as you play, or they won't do anything to shake up the current gym meta.

In any case, it's not a great solution. You're either just deposing current favorites like Dragonite and Blissey for Articuno and Moltres, or just giving people some kind of bragging rights about having caught a legendary Pokémon that's going to sit uselessly in their Pokédex.

Not exactly an impressive fate for these one-of-a-kind Pokémon.

It puts Niantic in an awkward place — either they make the Legendary Birds very powerful, which exacerbates the issues most casual players already have with the gym system, or Legendary Birds just sit around in your Pokémon tab, taking up space.

Pokémon Go Zapdos: Allowing players to catch the legendary birds would be a massive mistake

This might just be a personal problem, but I've grown increasingly weary of the actual Pokémon catching screen in Pokémon Go. Most of my Pokémon-catching encounters take a similar route — I see how likely it is that I'm going to catch a certain Pokémon, swap what kind of Pokéball I'm going to use to give me the best shot at catching it successfully and use a Razz Berry if I think it'll tip my chances of being able to catch it. And even after doing all that, there's sometimes a chance that the Pokémon will still break out, necessitating another toss or three.

Without a way to make catching a Legendary Pokémon more exciting and engaging than catching a normal Pokémon, it's just going to be inelegantly lobbing Ultra Balls at Zapdos until you see that eventual third wiggle of victory, which isn't particularly exciting.