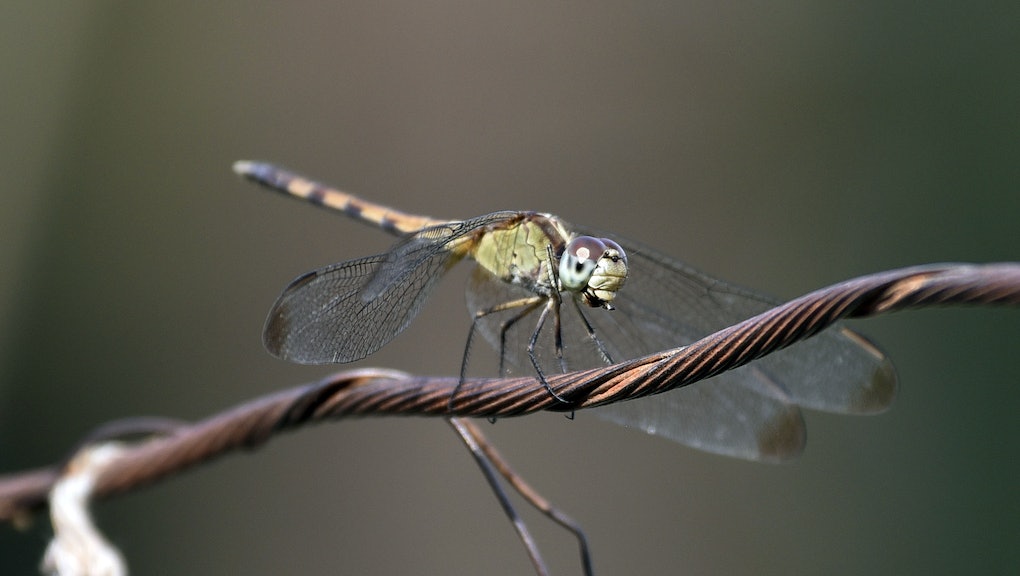 Researcher Rassim Khelifa from the University of Zurich, Switzerland, witnessed a female dragonfly feign her own demise when being chased by a male dragonfly, according to New Scientist.

The female, a moorland hawker dragonfly, instantly plunged to the ground and remained still on her back until the male dragonfly was gone. According to New Scientist, Khelifa observed this behavior in 27 out of 31 female dragonflies in an attempt to avoid being pursued by males, of which 21 were successful.

"Females may only behave in this way if male harassment is intense," Adolfo Cordero Rivera, head of the Laboratory of Evolutionary and Conservation Ecology, told New Scientist.

Dragonflies aren't the only insects going to great lengths to steer clear of male advances. Certain asexual stick insects have existed for over a million years without sex thanks to their ability to clone themselves, and other female stick insects can even produce anti-aphrodisiacs to ward off males. Beats sexual cannibalism.