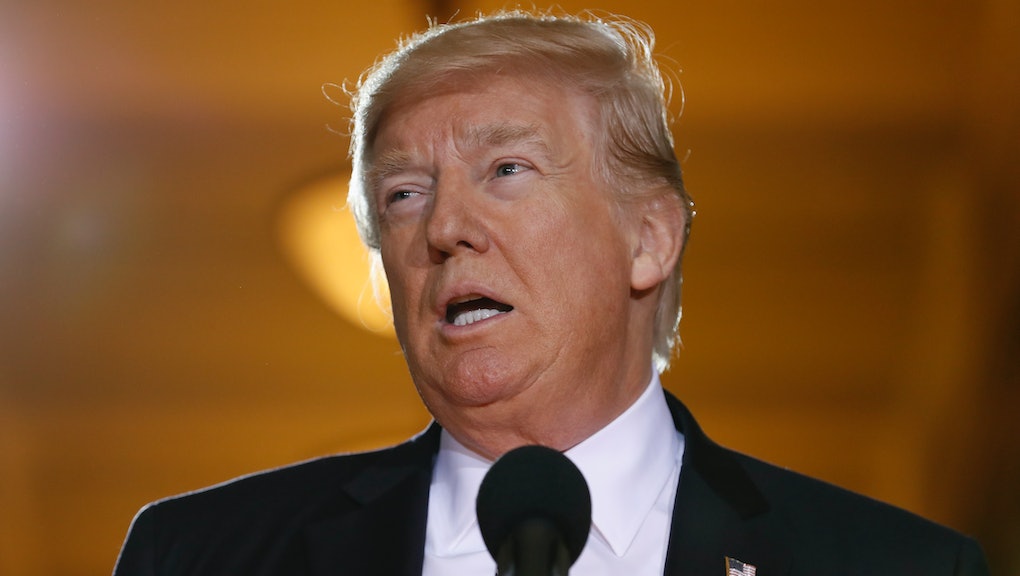 A "major, major conflict" with North Korea could be imminent, President Donald Trump warned in a Reuters interview published Friday.

"There is a chance that we could end up having a major, major conflict with North Korea," Trump told the publication ahead of his hundredth day in office. "We'd love to solve things diplomatically but it's very difficult."

Tensions have been high on the Korean peninsula as Pyongyang continues to threaten its neighbors and the United States with nuclear weapons. But the isolated country's actual nuclear capability is unclear, and China has warned the two nations to pull back before the situation reaches "an irreversible and unmanageable stage."

Trump, though, has continued to talk tough against North Korea. North Korea should not "test [Trump's] resolve or the strength of the armed forces of the United States in this region," Vice President Mike Pence cautioned during a recent trip to the demilitarized zone between North and South Korea, and the administration's "strategic patience" in the region is over.

But is not clear how serious Trump's war talk is — on Thursday, the day before Trump's Reuters interview was published, Secretary of State Rex Tillerson told NPR that the administration hopes to achieve a "denuclearized Korean peninsula" through diplomacy.

"We hope to convince them is that: you do not need these weapons to secure the existence of your regime," Tillerson said. "We do not seek a collapse of the regime. We do not seek an accelerated reunification of the peninsula. We seek a denuclearized Korean peninsula."

Tillerson is also due at the United Nations on Friday, where he's expected to urge the U.N. Security Council to impose stiffer sanctions against North Korea if the country conducts another missile launch or nuclear test.

Still, analysts warn that Trump's talk could escalate the already tense situation and have real consequences.

"The most unpredictable part of this story is Trump, not North Korea. North Korea is doing what it always does," Sue Mi Terry, a former CIA analyst who specializes in North Korea, told the Los Angeles Times earlier this month. "There is a lot of brinksmanship going on, but people can miscalculate. And things could go very, very wrong."