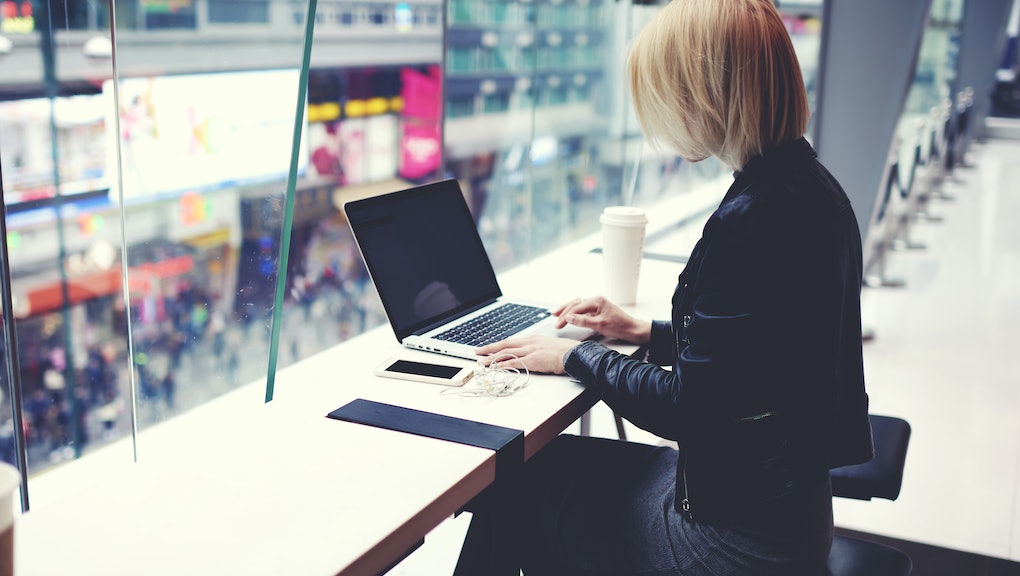 It's 2017, and women are still being harassed on LinkedIn

When Charlotte Miller accepts a new LinkedIn request from a man, she steels herself for the possibility that he considers LinkedIn more of a dating site than a professional network. Miller (whose name has been changed to protect her privacy), a certified career coach who runs her own business, uses LinkedIn to connect with potential clients. But over the years, she's received several messages from male users that are sexual, romantic or generally creepy in nature.

Here's one message she shared with Mic (emphasis ours):

Such knowledge, experience and portfolio in your field of work, I just can't help but mention how fascinated I am. Your beauty on the other hand makes it all perfect. Beauty and intelligence are like two peas in a pod one needs another. The result, usually magical. It almost immediately reminds me of the Arabian nights when Aladdin strikes his lamp and something exquisite is being conjured into existence. Would be awesome to get to know you.

Miller is one of many women who have experienced unwanted sexual advances, unsolicited comments on their appearance and other forms of sexual harassment on career-networking site LinkedIn. She said she reported several of these inappropriate contacts to the company, but never heard back from them.

LinkedIn launched in 2003 and currently has over 500 million registered members. Users are required to use their real names, and the community guidelines specifically forbid harassment. The site's user agreement states that users may not "harass, abuse or harm another person," and the community guidelines reinforce that "It is not OK to use LinkedIn's services to harass, abuse, or send other unwelcomed communications to people."

These guidelines have not deterred people from trying to make a romantic connection through the site.

Kristina King, a 24-year-old who works in PR, said that men on LinkedIn have found her personal cellphone number through her uploaded resume and called her out of the blue to "get to know her." She estimates that this has happened four or five times.

"I'm a millennial, so I hate getting phone calls as is," she said in an interview. "But oh my God, I am so not OK with getting creepy rando phone calls just because I'm a young professional woman on LinkedIn. Gross."

Women also told Mic about instances where they received inappropriate messages, then tried to turn the conversation back to business matters and were rebuffed. Julie Whitney, a PR consultant at Phillippi-Whitney Communications LLC, remembers one specific incident in May 2014.

"A man who was an exec at [a prominent company] messaged me on LinkedIn and said that he thought I was beautiful and couldn't get my photo out of his head and asked me if I was married," Whitney said. "I mulled over an appropriate response for a few days. ... I decided to be very polite and responded that yes, I was very happily married, but asked him if he might point my son in the right direction for an internship."

Whitney also asked if the man was interested in her company's PR services, but she never heard back from him after his initial message.

"He was out purely to hit on me, and had no interest in any sort of professional relationship or in helping my son network," she recalled.

What's a woman to do?

LinkedIn tells Mic that anyone who experiences harassment on the site should block the offending user and report the incident.

"We take any form of harassment very seriously, and encourage members to report any harassment on LinkedIn as this violates our Terms of Service and Professional Community Guidelines," a representative for the company told said. "When we are made aware of an incident, we investigate and take appropriate action, which could include a permanent restriction from LinkedIn."

Still, if the number of women tweeting complaints that men use Linkedin as a dating site is any indication, the problem of sexual harassment on LinkedIn is fairly pervasive, and reactive measures may not be enough.

Alison Marganski, an assistant professor of criminology at Le Moyne College and an expert in gender and violence, cyberstalking and online harassment, said that she recommends user agreements banning harassment and tools allowing users to block and report harassers — both of which are currently features on LinkedIn.

"Collaborations are showing promise," she said. "Additionally, new legislation is continuously being considered to criminalize problematic online behaviors, and various measures are being passed. As society identifies these issues as social problems, and as we work to better understand them and advocate in the best interests of others, our responses will greatly improve."

In terms of proactive measures, Marganski recommended spreading awareness about what constitutes online harassment and what the consequences of this harassment can entail.

"Educate yourself as to how you can be part of the solution," she advised. "Learn more about what these behaviors look like, consider what someone may be going through and get more information on how you can offer support. Online abuse is a very real issue with very real consequences. To move toward a more just society, it is important that we listen and take people's experiences seriously, recognize maladaptive behavior and its harmful effects and develop strategies and solutions for reducing as well as preventing these occurrences."