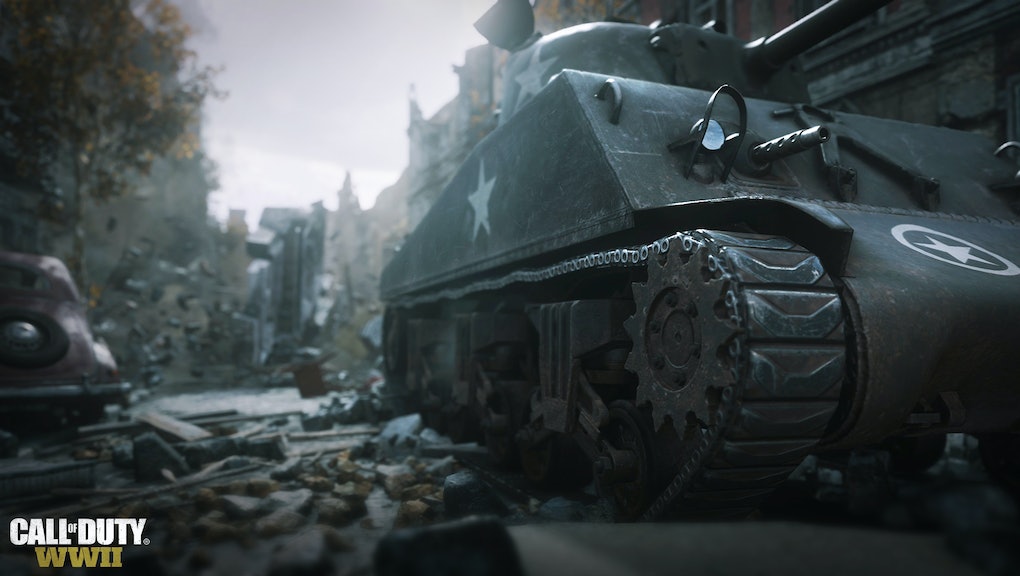 We still don't know much about the returning zombies mode in Call of Duty: WWII, but Sledgehammer games is teasing us more and more every day. According to the Daily Star, fans decoded a bunch of messages that were flashed during the game's reveal livestream earlier this week. Those messages led to a rabbit hole of zombie-Nazi mysteries.

If you head over to the Call of Duty "classified" website, you'll be greeted by a virtual typewriter. The goal appears to be simple: Type in the correct codes to learn more about the game's mysterious zombies mode. For example, if you type "IUFDI BHLOP JMUBA" (decoded from an official screenshot of the game), you'll see these images.

Fans on the game's subreddit have found coordinates leading to Dunkirk, France, and a reference to Operation Barbarossa, the codename for Nazi Germany's invasion of the USSR. Will there be a zombies level set in either of those battlegrounds? Only time will tell.

We'll probably find out more concrete details about the zombies mode at E3 2017 in June. Call of Duty: WWII launches on Nov. 3 on PlayStation 4, Xbox One and PC.