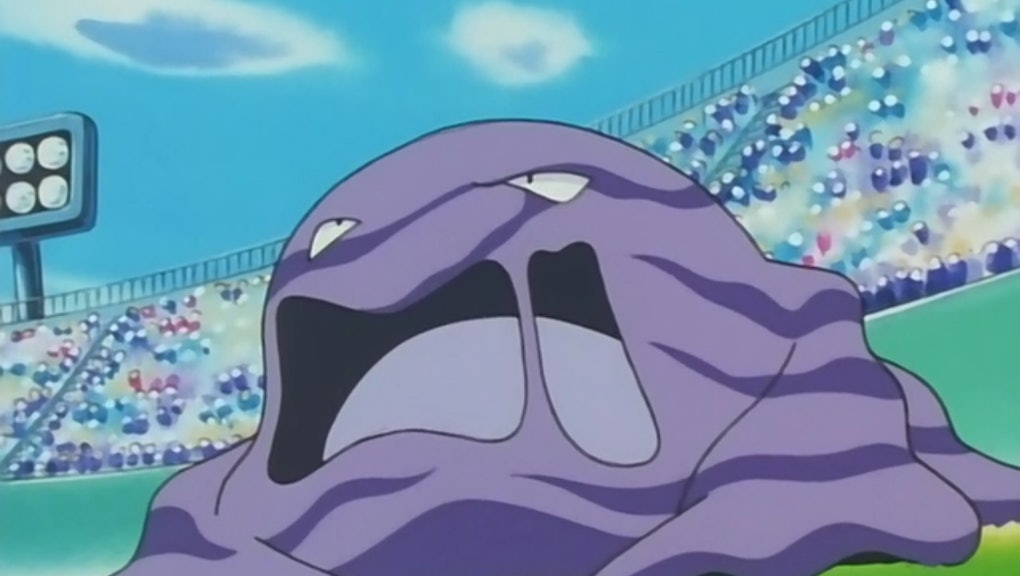 'Pokémon Go' Muk: Nest locations, movesets and other info on the purple pile of poison

In Pokémon Go, Muk is considered part of the original 151 pocket monsters — unlike those Gen 2 whippersnappers.

If you've been playing Pokémon Go, you may already have the Poison-type Pokémon Muk to call your very own. But considering the rarity of Grimer's evolved form, it's possible you don't.

If you're still without the pile of sludge with eyes, we've got everything you need to know about Muk in Pokémon Go.

Pokémon Go Muk: What the heck's a Muk?

Many hail the original 151 Pokémon as the best character designs the series has seen. That applies a little less to Muk. If you feel like Muk looks, literally, like a giant pile of muck, you're right!

According to Bulbapedia, the Pokémon is found in heavily polluted places like factories. It's possible that Muk's backstory involves mutated pollution. Somehow this living pollutant was able to reproduce enough to become its own species. Yuck.

Like Nidoran and Koffing, Muk is a Poison type. Meaning attacks like Poison Gas and Sludge Bomb come naturally to it. As an added benefit, it can't be poisoned, so douse any hopes you had of fighting fire with fire. Use actual fire attacks instead, or Ground and Psychic moves (which Poison is weak against).

Muk isn't exactly a Pokémon worthy of writing home about, but it does come in rainbow bagel flavor.

According to Pokémon Go Database, you can expect a Muk with two of five moves.

As for which is the best moveset combination your Muk can have, it depends on who you'll be battling in gyms. Muk gets a small bonus tacked on when using Poison moves, although attacks like Infestation and Dark Pulse are Bug and Dark, respectively. A nonpoisonous attack can throw off opponents, allowing them to think your Muk has only Poison-type moves.

As with Forretress and other Pokémon Go 'mons, location depends on where you reside. According to RankedBoost, wetlands, marshes and industrial areas are better for finding Grimer and Muk. Check out the Silphroad's global nest atlas to figure out where it might be in your area.

Read more about Smeargle, Delibird, Forretress and why two of the Pokémon are straight up missing.

If you're booting up the game for the first time in a while to catch some Gen 2 Pokémon, be sure to check out Mic's guides on how to get stardust, how to determine how long it will take to reach level 40, the kind of Pokémon you get from 10-kilometer eggs, how to create new PokéStops, how to maximize your chances of catching Pokémon and how PokéStops distribute Pokémon eggs. Also check out how to catch Gen 2 baby Pokémon, our analysis of post-balance update Chansey and Rhydon and everything you need to know about finding the long-awaited Pokémon Ditto.