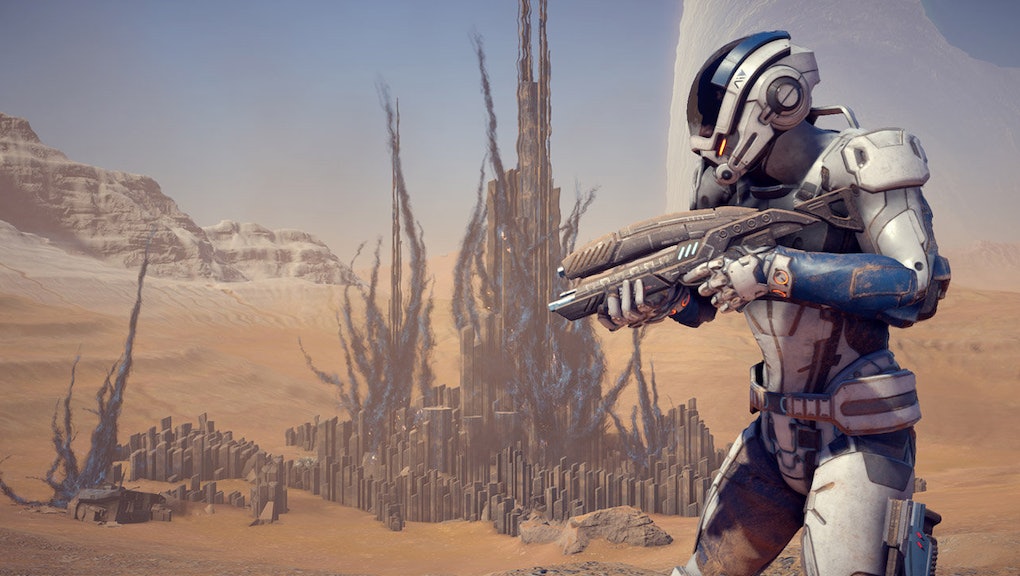 Mass Effect: Andromeda is about building the best class that suits you in as many ways as possible. That includes making huge choices throughout the story that fit your personal moral compass, but it also includes the ways you like to murder hostile space aliens. Andromeda has much more freedom than the previous games in this regard, so if you're overwhelmed, keep reading.

The most effective builds in Mass Effect: Andromeda

These recommendations come courtesy of PC Gamer and our own Tim Mulkerin. Let's start with PC Gamer's "assault tank" recommendation for meat-and-potatoes players who just want to be very good at shooting guns. It recommends starting as a Soldier or Sentinel and choosing the Turbocharge, Flamethrower and Energy Drain abilities. Then, focus on Combat Fitness and Team Support to boost your max health and your party's max shields. Finally, put points into weapons training, and you'll be an unstoppable gun tank.

If you're the complete opposite and you want to dominate without using guns at all, use this Adept build. You'll want the Pull, Lance and Charge abilities with the shield upgrade for Lance and the bastion upgrade for Charge. With all of that, your Lance cooldown will be much shorter, and you'll regenerate your shields with each use of Charge. Open fights with Pull and Lance, and then Charge at weakened enemies to recharge your shields and kill them.

We also have a few different Sentinel build recommendations here. One of them involves the Incinerate, Charge and Nova abilities. Use Incinerate to set up a detonation and then trigger it with Charge. After that, use Nova and your guns to deal with whomever is left. You'll put yourself in harm's way by charging into the lion's den in every battle, but hopefully, none of the enemies will be alive enough to matter.