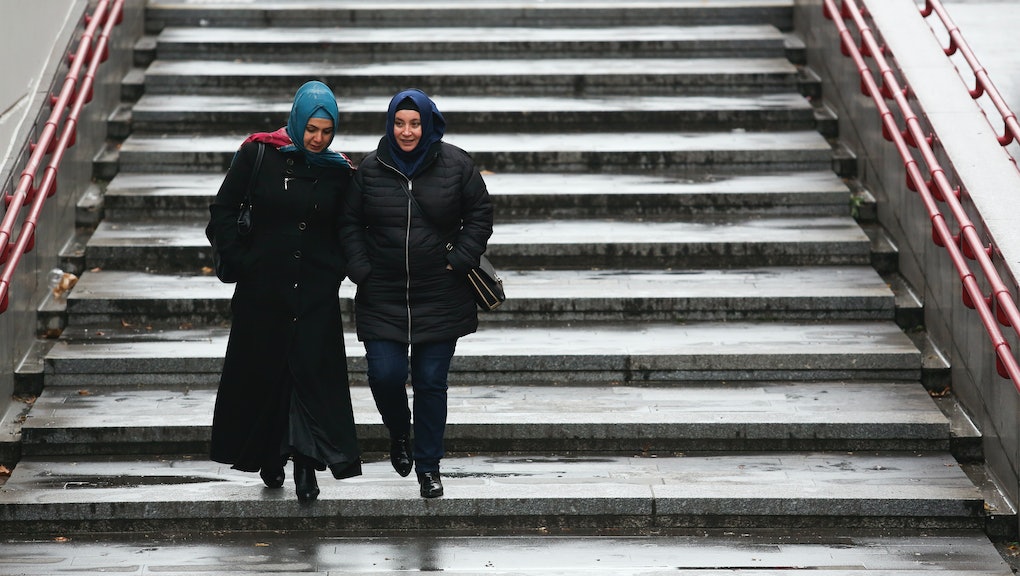 Austria is the latest European country to ban niqabs and burqas in public spaces and institutions. Austrian President Alexander Van der Bellen seemed to have opposed the new law, and in a televised speaking engagement, he called on all women to wear the hijab to stand in solidarity with Muslim women and combat Europe's alarming rise of Islamophobic violence.

"It is every woman's right to always dress how she wants, that is my opinion on the matter," Van der Bellen told an assembly hall of schoolgirls, before arguing freedom of expression, like wearing the hijab, is a fundamental right.

"And it is not only Muslim women, all women can wear a headscarf, and if this real and rampant Islamophobia continues, there will come a day where we must ask all women to wear a headscarf — all — out of solidarity to those who do it for religious reasons."

Van der Bellen — who edged out far-right candidate Nobert Hofer for the presidency — made the remarks in March, but the event was broadcast this week. His comments were in response to a question a schoolgirl arguing against the ban. The student said banning the hijab or niqab objectifies women by focusing on their physical appearance rather than focusing on their accomplishments or their contributions to the economy.

According to the Independent, Van der Bellen believes veil bans are only justified in specific situations, citing that female judges wearing the niqab could question their "professional neutrality." However, the president said he would apply restrictions on religious symbols equally, including the Christian cross and Jewish kippas.

Austria's niqab and burqa ban has not yet been implemented. While the hijab isn't banned, the Austrian government plans on prohibiting women in the police force or judicial system from wearing the hijab with the intention of appearing "ideologically and religiously neutral." Neighboring European countries like France, Belgium, Italy, Switzerland and Bulgaria have already implemented full and partial bans on veils.

On Thursday, the German Parliament passed draft legislation that would place a ban on the niqab and burqa for women working in civil service, the military or the judicial system. Angela Merkel, the first female German chancellor, has voiced strong support of the policy, stating they are "not acceptable" in Germany and calling for them to be banned "wherever it is legally possible."

Van der Bellen is one of few European leaders to have voiced some sympathy to women impacted by the veil ban. But naturally, right-wing tabloids will misconstrue arguments defending freedom of expression as proof of Muslims infiltrating and dominating Europe.

You can watch the Austrian president calling on people to stand with Muslim women below: