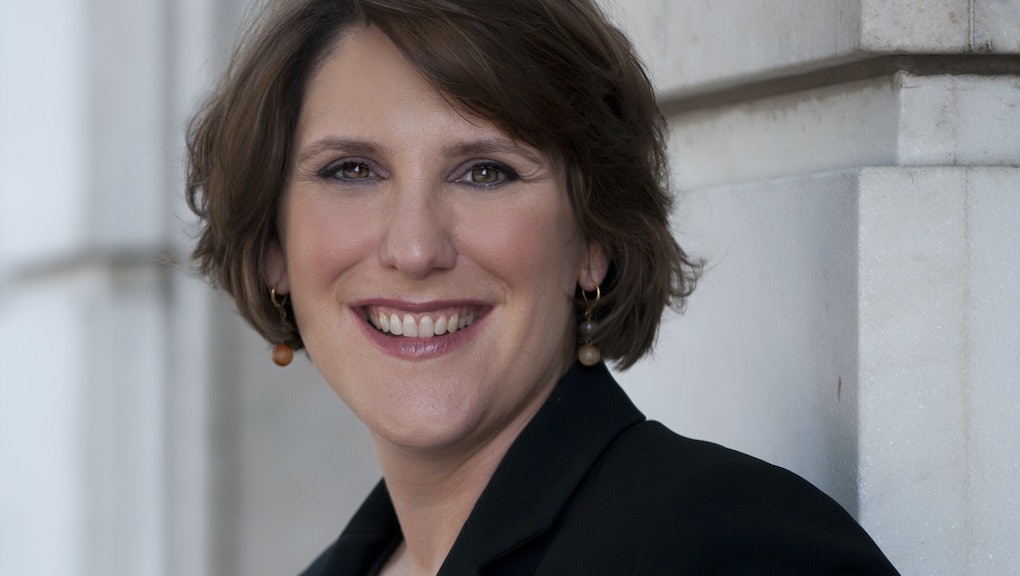 President Donald Trump announced on Friday he will select Charmaine Yoest, a fellow at social conservative group American Values and former leader of anti-abortion organization Americans United For Life, as the deputy secretary for public affairs at the Department of Health and Human Services.

AUL is one of the most prominent anti-abortion groups in the country; the New York Times wrote in 2011, when Republicans made significant gains in state legislatures across the U.S., the group wrote a third of the 92 laws restricting access to abortion passed in 24 states.

Yoest's hallmark as leader of the organization, the Times wrote, was being "especially good at sounding reasonable rather than extreme." In an interview with the paper, the Times wrote she repeatedly dismissed scientific data showing increased access to birth control lowers abortion rates and disproving a link between breast cancer and abortion by saying scientists are under the control of the "abortion lobby."

In 2016, Yoest co-wrote an article for Time with Tennessee Rep. Diane Black calling abortion the "true war on women" and saying Planned Parenthood's opposition to "informed consent" laws — which require doctors to show women information designed to prevent them from ending their pregnancies — was a "callous betrayal of women."

Yoest is also personally opposed to other forms of contraception like intrauterine devices.

The HHS position does not require Senate confirmation, and according to Talking Points Memo, will primarily involve communicating HHS Secretary Tom Price's agenda to the public. Price is anti-choice, believes employers should be allowed to fire employees for using birth control and backs defunding family-planning group Planned Parenthood, which provides reproductive health services to millions of people across the country.

"It is unacceptable that someone with a history of promoting myths and false information about women's health is appointed to a government position whose main responsibility is to provide the public with accurate and factual information," Planned Parenthood executive vice president Dawn Laguens told Politico.