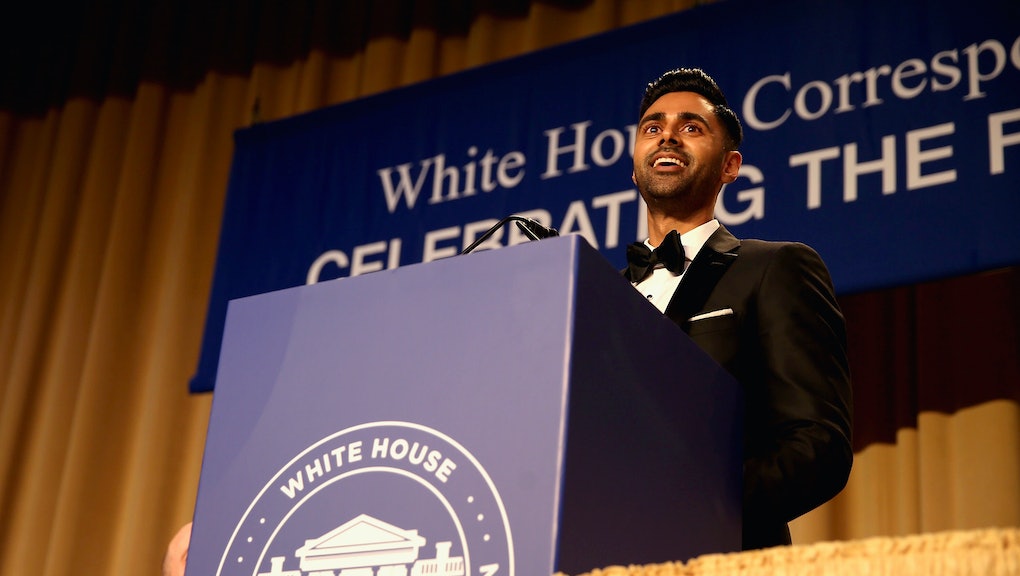 On Saturday night, comedian Hasan Minhaj used his White House correspondents' dinner speech to emphasize journalists' responsibility in an administration where the president uses the media to get all his news.

"That's why you gotta be on your 'A' game," Minhaj told the journalist attendees during the speech. "You gotta be twice as good. You can't make any mistakes, because when one of you messes up he blames your entire group.

"And now you know what it feels like to be a minority," the comedian concluded.

Minhaj's comparison of the media to a harshly judged minority group was quickly celebrated on Twitter, with many users saying they could relate to Minhaj, who is an Indian-American Muslim, and his on-point metaphor.

While Minhaj used his speech to highlight the plight that minorities face in the United States, he was also quick to celebrate how the country's embrace of free speech and diversity made his speech possible in the first place.

"Only in America can a first-generation, Indian-American Muslim kid get on the stage and make fun of the president," Minhaj pointed out.