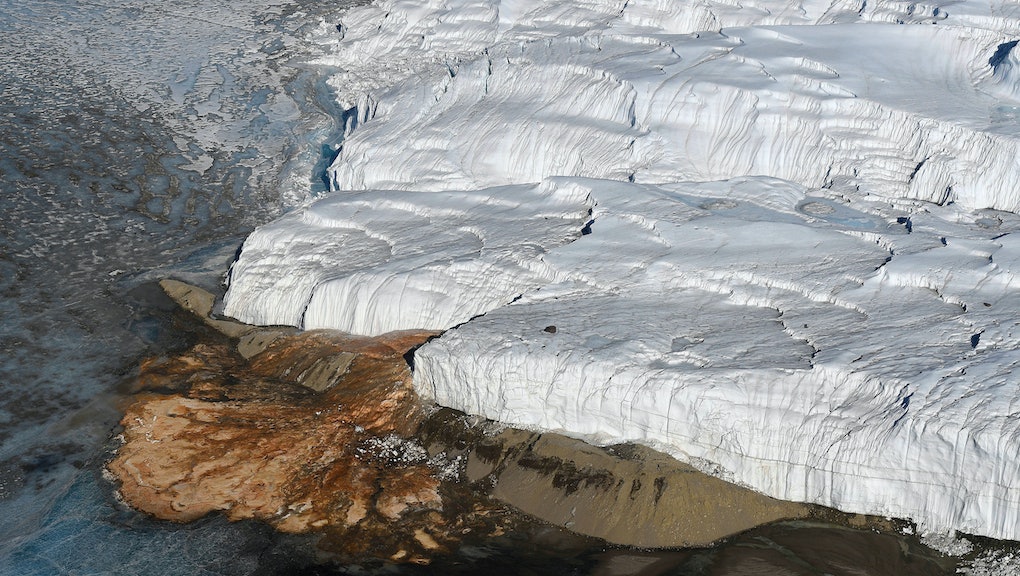 Antarctica's creepy Blood Falls have finally been explained by science

Since they were first discovered in 1911, Antarctica's "Blood Falls" and its distinctive appearance have remained a mystery. Now, a new study in the Journal of Glaciology has revealed how the water got its crimson hue — and it's not blood.

Though past researchers have suggested the water's red tint came from algae, the Blood Falls' coloring, which makes it appear as though blood is flowing out of the glacier, actually comes from brine containing vast amounts of iron, National Geographic noted.

The study, which was conducted by scientists from University of Alaska Fairbanks and Colorado College, discovered the Blood Falls glacier sits atop a lake and water system "that has been flowing for a million years." The researchers solved the century-long mystery by using radar to scan the layers of ice producing the "bloody" free-flowing water, along with echolocation to determine where, exactly, the water flowed.

University of Alaska Fairbanks glaciologist Erin Pettit told Phys.org the discovery means the Blood Falls "is now the coldest known glacier to have persistently flowing water" on the planet.

The illusion that blood is flowing from the glacier makes its unique composition all the more distinctive, but why doesn't it freeze? The study, as Business Insider reported, revealed there's a "perpetual hydraulic system" underneath the glacier where freezing water releases heat energy, which in turn melts the surrounding ice.

This system of freezing and melting is further perpetuated by the water's particularly salty consistency, which means the water freezes at a lower temperature than pure water, according to National Geographic.

The effects of these long-awaited findings could go beyond the earthly realm, Business Insider noted. The free-flowing glacier's ancient microbial systems are easier to study than those of frozen ice caps, potentially giving scientists an easier way to study life on other planets.