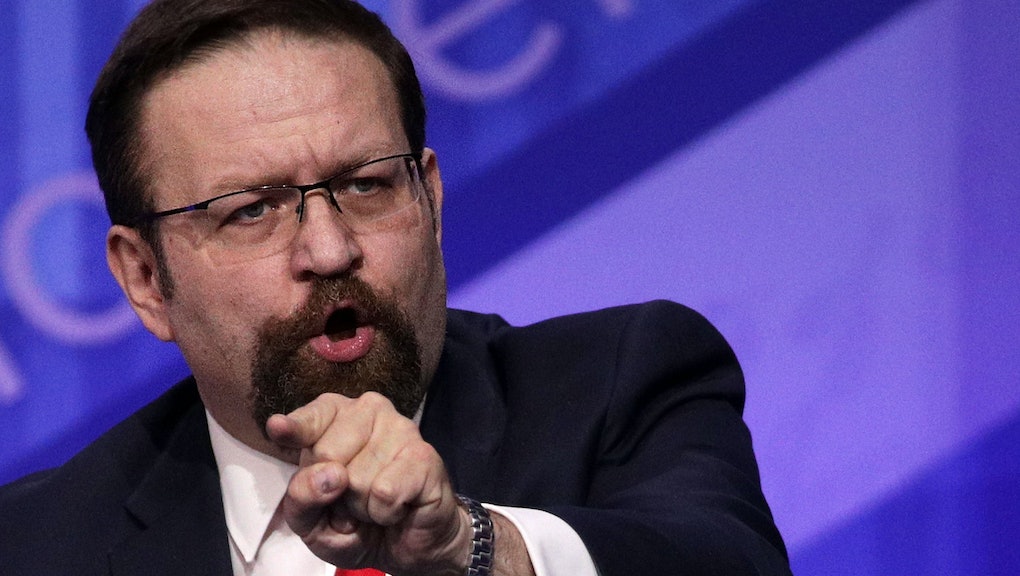 Sebastian Gorka likely to leave role at White House, according to reports

Gorka, a former Breitbart national security editor who has become known for his impassioned defense of the phrase "radical Islamic terrorism," is expected to accept a new role outside the White House soon, one senior Trump administration official told CNN.

A senior administration official who spoke to the Washington Examiner said that Gorka's new role will focus on the "war of ideas" involved in fighting radical Islamic extremism and added that his role in the Trump White House had been temporary from the start.

During his time in the Trump administration, Gorka generated controversy over his ties to Vitéz Rend, a Hungarian nationalist group with reported ties to Nazi Germany. His decision to wear the group's medal to the Inaugural Ball prompted outrage from Jewish groups, despite Gorka's defense that he wore the medal to honor his late father, who had been awarded it for fighting communism.

Sources told the Daily Beast that Gorka had not contributed to national security discussions in any substantial way and said that he had been "biding his sweet time."

"The president really likes him and appreciates him as a good spokesperson for the administration, but he isn't part of the NSC policy-making process," one senior administration official said.

Another White House source who spoke to the Examiner, said that Gorka's only known duties had been "giving White House tours and peeling out in his Mustang."

"This guy has always been a big mystery to me," that source said of Gorka's role in the Trump administration.