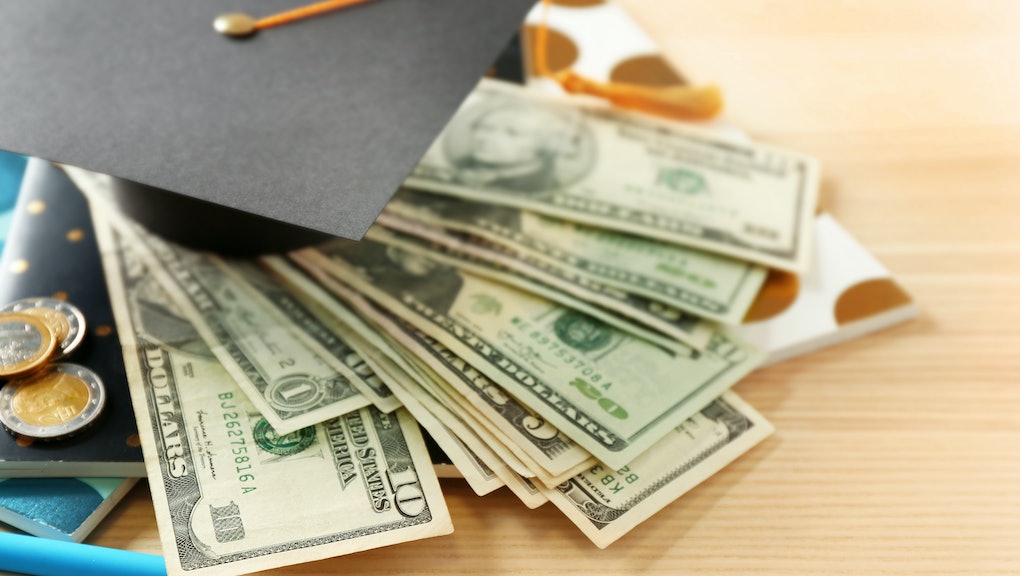 5 smart tuition hacks to cut the growing cost of college

Today's college students are more cost-conscious than ever. More than half are worried about financing college, according to a recent survey from the Higher Education Research Institute at the University of California, Los Angeles. And 15% of students surveyed said they couldn't afford their first-choice school, up from 9.4% in 2004 when the survey was conducted for the first time.

Not only is college getting more unaffordable, but figuring out how much it's going to cost is also getting more challenging. A new study from researchers at New York University found that as colleges look for ways to increase revenue, they're relying more and more on something called "differential tuition," which is another way of saying schools charge different amounts of money for different types of degrees and programs.

The study found that about 60% of public universities use differential tuition, up from just 6.3% in the 1991 to 1992 school year.

Differential tuition makes it extra hard to determine how much a degree might cost you: "Access to clear and accurate information about educational costs is essential for student decision-making, especially low-income and first-generation students who may not have the resources to navigate the complexities of the college application process," Gregory Wolniak, one of the NYU study authors, said. That can be a recipe for inequality: Low-income students may not be able to afford more expensive degrees, while others may not understand the cost structure in the first place.

What's more, "the cost of higher education has increased higher than the rate of inflation," said Kelly Peeler, founder of NextGenVest. "So bake in that tuition prices will go up, likely faster than your parents' salaries."

Not helping matters are the growing financial pressures that U.S. universities face — like a diminishing number of international applicants, who tend to pay full-price tuition, subsidizing American students.

But if all this bad news has got you stressed about paying for college, don't fear: You can still get a great education without going broke. Here are five ways to keep college tuition from eating up all your money.

Because your tuition bill is likely to vary semester to semester depending on your course load, it's important to develop a face-to-face relationship with your school's financial aid office, Peeler said.

In addition to changing tuition costs, Peeler said many college students don't realize that scholarship awards can also fluctuate. For example, "an alum may donate $50,000 to the chemistry department to endow tuition for one Latina each year to study chemistry," Peeler said. "Those kinds of scholarships come and go."

If you're on a highly specialized scholarship, you shouldn't count on receiving it every year. Instead, build a close relationship with employees in the financial aid office so they can suggest other scholarships to make up potential shortfalls.

You can even try to negotiate with your financial aid office before arriving on campus, particularly after colleges collect first-year deposits, since they'll have a more concrete idea of how many students are actually attending and how much financial aid there is to go around. You should also follow up with the office during freshman year or any time your financial situation changes. Though most assets, like emergency funds and retirement accounts, don't count toward a family's ability to pay, any changes to income will.

Some college expenses are pretty fixed, like the cost of a single credit. But others — like the cost of living, books or food — are just estimates, meaning there's likely an opportunity to lower your overall cost-of-college bill.

Most schools are pretty bad at figuring out how much all that other stuff costs. Nearly half of colleges miscalculate living expenses by $3,000 or more, according to one study from the Wisconsin HOPE Lab. That's a lot of wiggle room. One of the most common ways to reduce variable costs is by becoming a resident advisor, since those jobs often come with the perk of free housing.

Another way to trim costs? Buy used books — and sell them when you are done. Plus, Peeler suggests, you might consider off-campus living, which offers a lot of money-saving opportunities you wouldn't necessarily have in a dorm, like ditching a costly meal plan in favor of making your own food. Here are tips on eating healthy for less money.

No matter how much financial aid you receive, odds are you'll have to supplement it with student loans — 71% of four-year graduates have at least some student debt.

For most people, those student loans are a pretty good investment: People with bachelor's degrees can expect to earn about $1 million more over the course of their careers than those with high-school degrees.

Still, student loans start accumulating interest from the moment they're disbursed, meaning your balance continues to grow even before you graduate. Making even small payments toward that interest can save you a lot of cash in the long term. For example, let's say you borrow $5,000 at a rate of 3.9% to pay for a one-year vocational degree. Choosing to make interest-only payments of $16.25 per month while in school (and during the grace period) — versus deferring both principal and interest — would both lower your monthly payments over the long term and shave more than $70 off your total loan balance, according to U.S. News & World Report. Someone pursuing a four-year degree could expect to save considerably more.

4. Arrive on campus with a few credits

The average cost per credit hour is almost $600, but where you study can make a big difference in what you'll actually pay. For example, each credit earned at a four-year private university is north of $1,000, while the per-credit cost at two-year public schools average just $135, according to Student Loan Hero.

Indeed, one of the biggest myths about college is that most people earn diplomas in four years. The truth? Only 19% of students at public universities graduate on time, the New York Times reported, with the vast majority taking longer and wracking up more debt in the process.

The best way to prevent that from happening is by earning a few extra credits on the side, whether through AP courses, CLEP exams or simply taking a few classes at a comparably cheaper institution, like a community college. Just remember that every college has different policies about which transfer credits it will accept and the minimum exam scores required.

5. Look abroad, where tuition is cheaper

While the cost of attending college in the United States has been on the rise, other countries have succeeded in making higher education even cheaper. German universities, for example, stopped charging tuition in 2014, leading to a 20% spike in American enrollment. Universities in Norway and Luxembourg are also free for international students.

Of course, there are tradeoffs. Some European cities, particularly in Norway, have high costs of living to factor in — and then there's the matter of flights to-and-from your future alma mater. If you decide to return to the states for work, your diploma is also unlikely to have the same name recognition as it would from an American institution. But there are exceptions to every rule.

Here's a guide to check out if you are considering studying overseas.