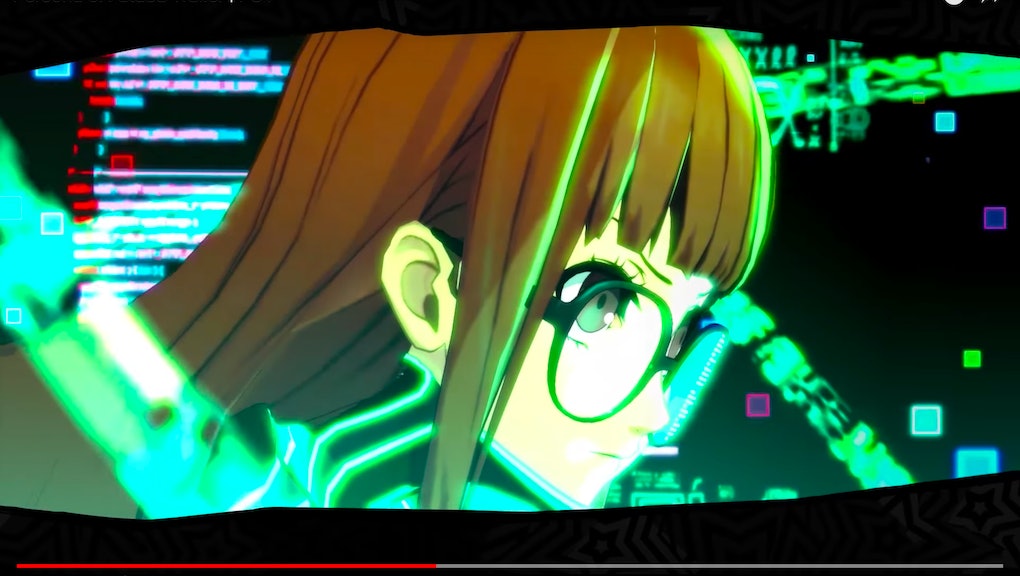 Futaba Sakura — the Hermit Confidant — is the seventh addition to the team in Persona 5. When she's not sneaking into palaces with the Phantom Thieves, Futaba is also a hacker — a quality that actually affects the skills she brings to being a thief.

With the list of unique abilities she brings to the table, who wouldn't want to get to know Futaba?

You won't be able to hang out with Futaba Sakura until the night of Aug. 31, when the neighborhood Akihabara becomes available to visit. The rewards for developing your relationship are game changers in battle.

Because Futaba is a hacker, all of her skills "hack" the battlefield in some dramatic way. For example, one skill makes it possible, based on luck, for a battle to start in a Hold Up — making it easier to catch a Persona or to kill the Personas before battle even starts.

In some of the higher levels, Futaba can make treasure chests appear after a battle, and she also makes it possible for extra party members to substitute for fallen teammates in battle. Overall, she has a pretty awesome set of abilities. For the specifics of each level, check out the guide on SamuraiGamers.

To build this relationship, it's mostly going to be talking, with one mementos mission at Rank 7.

For more on the latest entry in the Persona series, check out the rest of what Mic has to offer. Here's a guide on how to capture Personas and one on building relationships with the game's Confidant system. Here are some tips on beating the first boss and the second boss. Finally, here are the answers on some of the crossword puzzles.