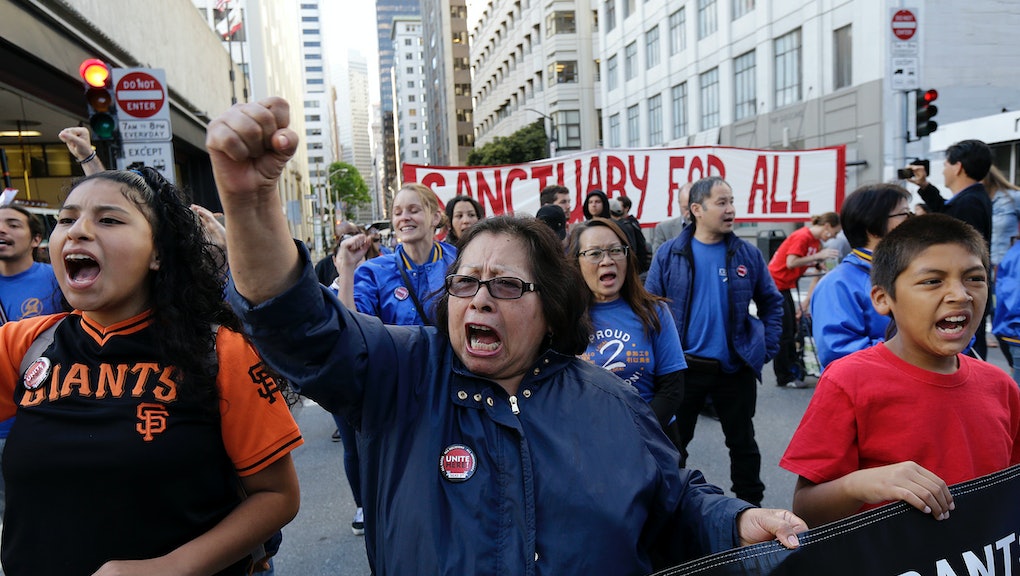 May Day 2017: Why immigrant labor is more important now than ever

On Monday, tens of thousands were expected to walk out of their jobs and take to the streets for a national Day Without Immigrants strike. The strike was predicted by organizers to be the largest single-day labor strike in over a decade.

The message of Monday's protest was simple: Immigrants power the U.S. economy, and America needs them now more than ever. Experts couldn't agree more.

"All net job growth is coming from new businesses, and native-born Americans are becoming less entrepreneurial while new immigrants are picking up the slack," Jeremy Robbins, executive director for New American Economy, a bipartisan organization devoted to highlighting the economic benefits of immigration reform, said in an interview. "Last year, even though immigrants were 13% of the population, they started 20% of new businesses, and that's a huge thing."

According to Robbins, new businesses created by immigrants are key to net job growth in America, which ends up benefiting native-born Americans economic prospects.

The message of Monday's protest was simple: Immigrants power the U.S. economy, and America needs them now more than ever.

One of the key myths promulgated by anti-immigrant hardliners is immigration hurts native-born Americans' job prospects because foreign laborers compete for the same jobs, which reduces wages. In reality, foreign workers tend to fill gaps in the parts of the labor market where native-born Americans don't usually take jobs.

Robbin's theory has been supported by numerous academic studies and real-world examples over the past few years. An analysis from the Wharton School of the University of Pennsylvania found that immigrants "tend to take jobs in manual-labor-intensive occupations, such as agriculture and construction," that native-born Americans would not otherwise take.

In 2011, the state of Georgia learned that lesson the hard way when it experienced $140 million in agricultural losses after the state implemented harsh policies that ramped up deportation of undocumented immigrants. Farmers were forced to watch their crops rot in the field when as much as 40% of jobs they needed for the harvest went unfilled.

"The benefits that immigration brings to society far outweigh their costs," the letter reads. "We urge Congress to modernize our immigration system in a way that maximizes the opportunity immigration can bring and reaffirms continuing the rich history of welcoming immigrants to the United States."

But as experts beseech Congress to recognize the benefits of immigration reform, immigrants and activists are gathering in the streets with a much simpler goal: Make Trump's America recognize the dignity of the 11 million people powering America's economy from the shadows.