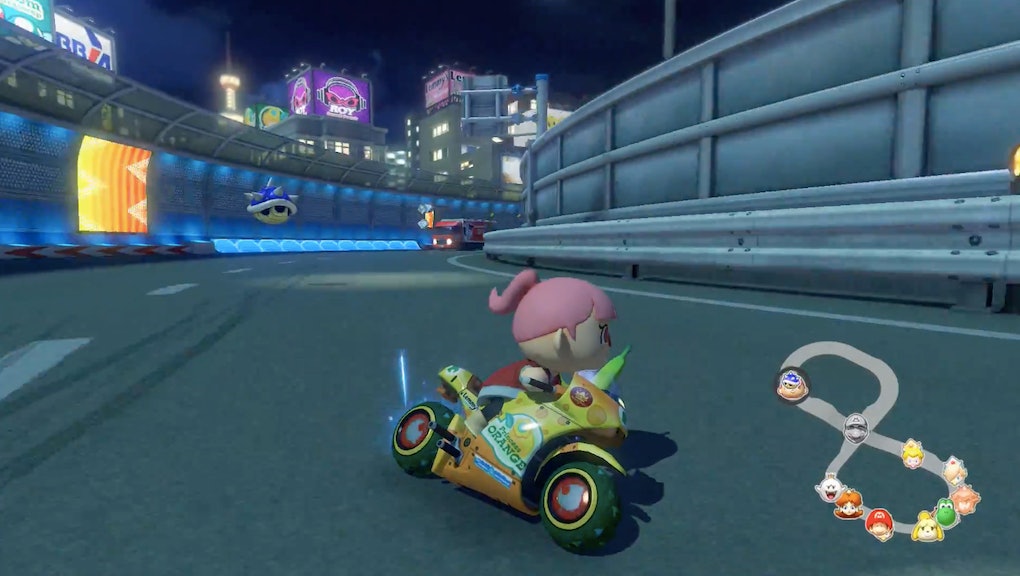 'Mario Kart 8 Deluxe' Blue Shell Dodge Tricks: 200cc is so fast you can outrun the shell

The Mario Kart 8 Deluxe blue shell reminds players that some things never change. The spiny shell seeks out the player in first place, meaning you can do all the right things and still be robbed of victory right before the finish line. Like the version before it, Mario Kart 8 Deluxe punishes you if you're too good — which is why you need to know how to dodge the blue shell in MK8.

That is, if you let it catch you.

If you've been playing Mario Kart 8 Deluxe, you may be acquainted with 200cc — if not, make your introductions here. The engine class goes beyond the difficulty of 150cc and mirror mode to provide a Mario Kart game's fastest setting yet. So fast, in fact, the blue shell has trouble keeping up if you're speeding along undisrupted. Torizo Prime on YouTube shows us it's possible:

Outrunning the blue shell isn't easy. If this had gone on long enough, it's likely the blue shell would eventually catch up with the pink-haired Animal Crossing character, but Villager made a well-timed exit by crossing the finish line. Still, it's impressive Mario Kart 8 Deluxe's fastest mode is so breakneck that even one of its balancing mechanics has trouble doing its job.

In MK8 Deluxe and the game before it, Nintendo added items like the Super Horn to counter the blue shell and help players dodge defeat. Torizo Prime needs no such help, though, holding a simple banana while avoiding the spiny shell.

Check out the entire video below. Next time you feel slighted by a blue shell, bump things up to 200cc and put the pedal to the floor.