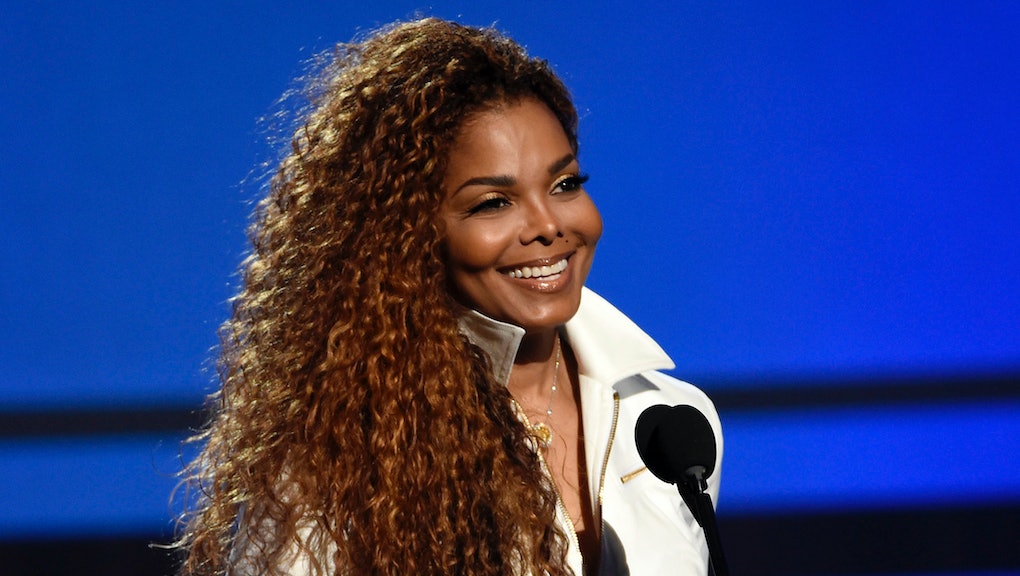 What is the countdown on Janet Jackson's website? Breaking down the rumors

Could Janet Jackson be heading back on the road soon? That's what fans are speculating after a mysterious countdown appeared on her website.

Based on the countdown ticket, the singer is making a special announcement at 9 p.m. Eastern. There are no official details about what the clock is leading to. Fan accounts on social media believe that Jackson is going to announce a State of the World tour.

Long-time Jackson collaborator and producer Jimmy Jam tweeted his excitement about the announcement and also used the #StateoftheWorld hashtag as well. "State of the World" is the name of a song off her 1989 Rhythm Nation 1814 album.

Jackson's last tour kicked off in August 2015, before the release of her Unbreakable album that October. She postponed the remaining tour dates in December 2015, citing a surgery as the cause of the break. Jackson ultimately canceled her Unbreakable tour in April 2016 after announcing her pregnancy.

The singer gave birth to her son Eissa in January. In April, news broke that she and her husband of five years, Wissam Al Mana, had separated. She hasn't addressed this chatter, but did post a photo of her holding their baby on Instagram last month.

Whatever the veteran pop icon has in store, the fans are ready to hear it.