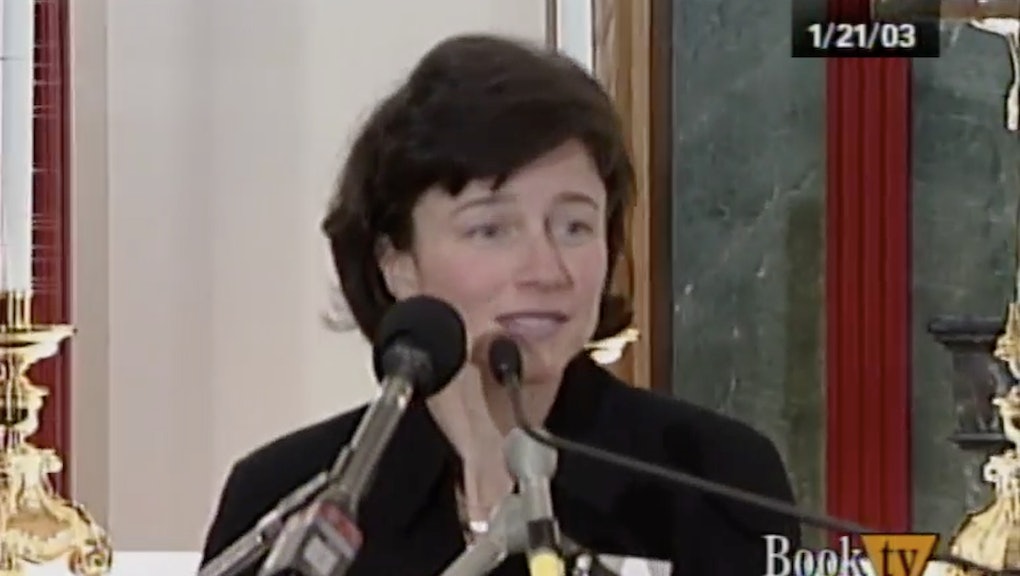 President Donald Trump will reportedly be appointing not one but two vocal abortion opponents to the Department of Health and Human Services.

According to Politico, Teresa Manning — a law professor and anti-choice, anti-contraception activist — will be named deputy assistant secretary in the Office of Population Affairs, which delegates Title X funds to family planning initiatives. The appointment hasn't been formally made yet, but according to Politico, "several sources" have confirmed it.

Manning, formerly Wagner, has worked both for the National Right to Life Committee and the Family Research Council, and has written a book on the "pro-life movement." She has used her platform to prop up medically inaccurate claims about the purported link between breast cancer and abortion, which medical experts agree does not exist. She has also argued at length against emergency contraception. In a 2003 interview with WBUR Boston, Manning had this to say about contraception in general:

Contraception doesn't work. Its efficacy is very low, especially when you consider over years, which you know a lot of contraception health advocates want — to start women in their adolescent years when they're extremely fertile, incidentally, and continue for 10, 20, 30 years. Over that span of time, the prospect that contraception would always prevent the conception of a child is preposterous.

According to Politico, Manning would preside over roughly $286 million in Title X family planning grants, which legally can't go toward abortion and instead pay for things like contraceptive access, breast cancer and STI screenings, pap smears and sex education. Planned Parenthood has been a key recipient of Title X grants; in a statement, Dawn Laguens, executive vice president of the Planned Parenthood Federation of America, strongly condemned Manning's prospective appointment.

"It is a cruel irony to appoint an opponent of birth control to oversee the nation's only federal program dedicated to family planning," Laugens said. "We are at the lowest rate of unintended pregnancy in 30 years and a historic low for teen pregnancy because of access to birth control. Someone who promotes myths about birth control and reproductive care should not be in charge of the office that is responsible for family planning at HHS."

And yet the HHS under Trump is shaping up to be a resounding disappointment for reproductive rights advocates: HHS secretary Tom Price boasts a proven track of anti-abortion advocacy and opposes publicly funded birth control, and on Friday, the president appointed Charmaine Yoest as deputy secretary for public affairs. A fellow with American Values who formerly worked with Americans United for Life, she is firmly against abortion rights and does not believe in contraception. According to Laugens, Yoest's appointment is further evidence that Trump's presidency is dangerous for women.

"While President Trump claims to empower women, he is appointing government officials who believe just the opposite," Laugens said in a statement.