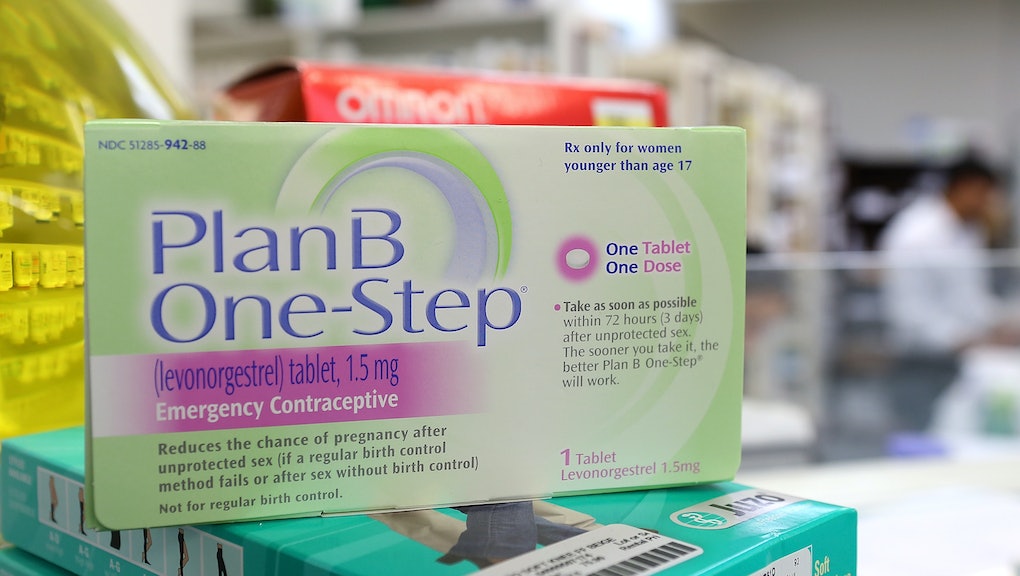 After President Donald Trump was elected to office, many Americans kicked into survival mode, preparing for the worst possible outcomes. For some people, that meant stockpiling emergency contraception to gear up for the dark dystopia Trump's win seemed to foretell regarding women's access to reproductive care.

With this in mind, a former EMT who Motherboard identifies only as Jeremy A. purchased six boxes of the morning-after pill from a third-party vendor on Amazon in January, days before Trump's inauguration.

"I bought it because I was concerned that the new Republican administration would make this type of medication harder to obtain for those who need it," Jeremy told Motherboard in an email.

When his order arrived, however, Jeremy discovered that the expiration dates — which are legally required to appear on drug packaging — had been scratched off all six boxes of Opcicon One Step.

His friends, it turned out, had run into the same problem, as had many Amazon users leaving negative reviews.

Jeremy reached out to the company that made the drug, and a representative instructed him to examine the pills' individual packaging — which revealed the medication had expired in July 2016, six months before he ordered it.

According to Motherboard, Jeremy contacted the FDA, whose officials, he said, are taking the tampering "extremely seriously." Amazon, however, neither responded to Jeremy nor to Motherboard when the outlet reached out for comment.

Customer safety is our highest priority. We monitor the products sold on our website for product safety concerns, and when appropriate, we remove a product from the website, reach out to sellers, manufacturers and government agencies for additional information to take the necessary actions. If customers have concerns on items they've purchased we encourage them to contact our Customer Service directly and work with us so we can investigate and take proper action.

But as Dr. Jennifer Gunter, a San Francisco-based gynecologist, told Motherboard, that a vendor selling medication that's not only expired, but tampered with, is not to be taken lightly.

Gunter said anyone who takes medication that has been tampered with not only runs the risk of it being counterfeit and therefore potentially harmful, but also — should it be expired — of it not working. In the case of the expired emergency contraception that could mean an unintended pregnancy.

"The biggest issue with an expired medication is that it may not work, and so with Plan B, that could be a pregnancy," she said. "It's sad that women feel they need to stock up and it sucks that people are trying to take advantage of that."