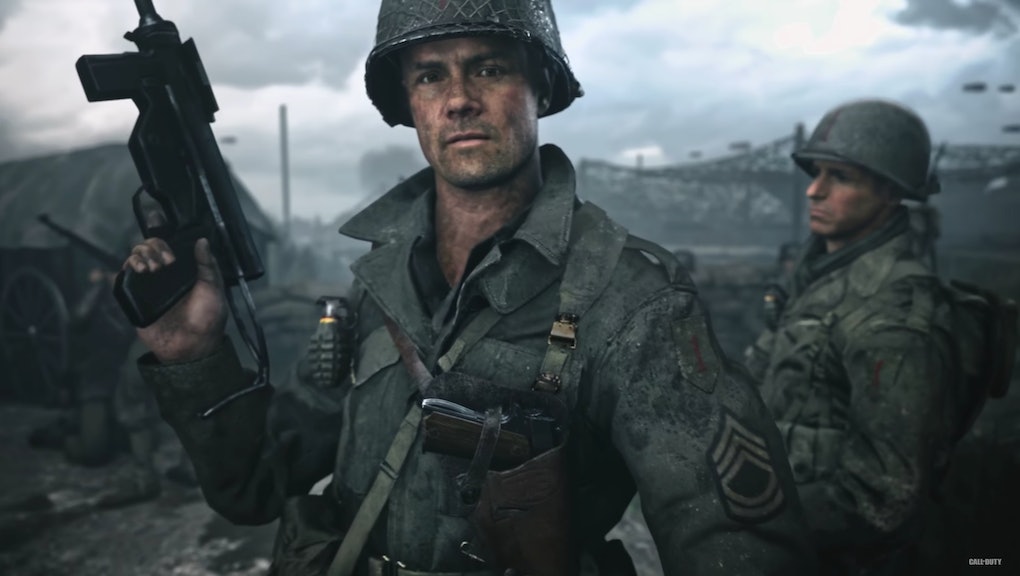 You'd be hard pressed to find a gaming franchise bigger than Call of Duty, so any time Activision reveals the year's new entry, fans have thoughts. Those thoughts don't always make much sense.

For example, shortly after the reveal of this year's entry, Call of Duty: WW2, some gamers expressed displeasure that its multiplayer mode would allow you to play as a female soldier. Their reasoning? It wouldn't be historically accurate.

This might not immediately ping on your radar as being particularly troublesome — but once you remember that Call of Duty has a mode in which you fight against waves of the undead, you might reevaluate that stance.

The announcement that Call of Duty: World War II will allow players to control female avatars didn't come as a shock to most fans — after all, the series has had playable women characters since 2013 . However, a small segment of the fandom thought it just didn't make sense, given the historical time period.

Twitter user 1KingJewelz likened the inclusion of women to being "lied to" by Activision — a violation of the perfect historical accuracy of a game in which hiding behind a low wall for a few seconds causes your gunshot wounds to magically heal themselves.

People on Twitter, like Kotaku's Jason Schreier, were quick to point out one of the many glaring contradictions in this "historical accuracy" argument: Another mainstay of the Call of Duty franchise is a fantastical zombies mode, which few fans seem to take issue with.

Of course, these exclusionary, hostile views are likely those of a limited few, but it brings up a salient point: When it comes to anything over which fans feel protective, external factors — like historical accuracy — can be used as shields for their own opinions. It's as if to say, "Hey, I'm not sexist, I'm just trying to make sure this is accurate." By using historical accuracy as the peg on which they hang their beliefs, they think they're absolved of having to think critically about why the presence of women, in particular, is what bothers them.

And yet, it'd be much more difficult to find examples of these same people arguing that a single gunshot should kill your character, or that if you die in the game, you shouldn't be able to play the game anymore. After all, that'd be more realistic, right?