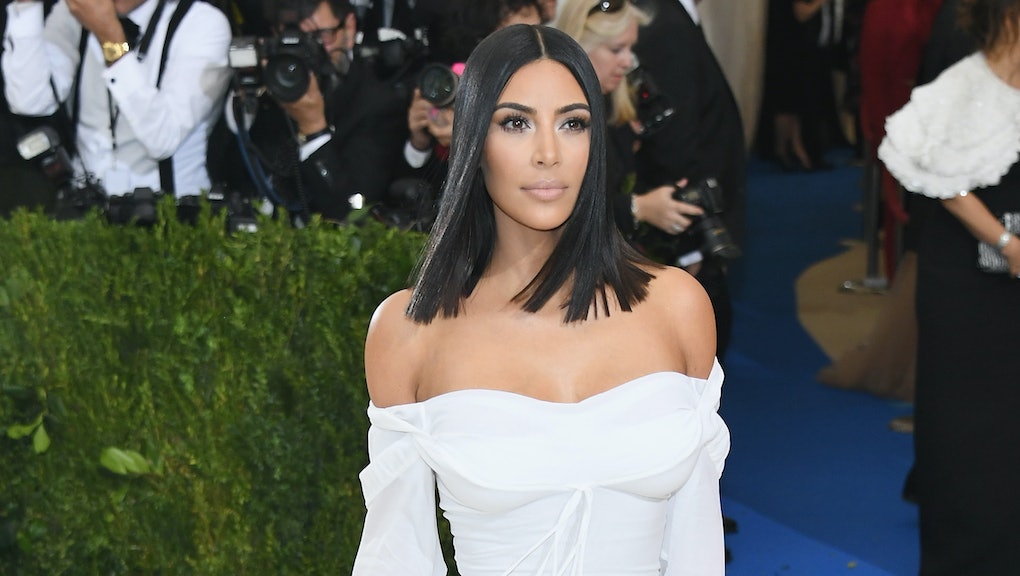 This is the first year ever that Kim Kardashian West showed up to the Met Gala sans Kanye West, but don't worry about her. She can still shut down a red carpet just fine.

To this year's event on Monday evening, Kardashian West arrived solo in a slinky, simple white dress by Vivienne Westwood.

Compared to her looks from previous years, it was extremely tame. Like in 2016, she and her husband showed up in matching silver, glittery Balmain ensembles.

In 2015, Kardashian West showed up in a barely-there see-through lace dress.

And in 2013, Kardashian West's dress was coined "the couch dress" and quickly became a meme.

So maybe Kardashian West just got tired of hogging all the spotlight — and wanted to give someone else a chance this year. (You know, like Rihanna.)