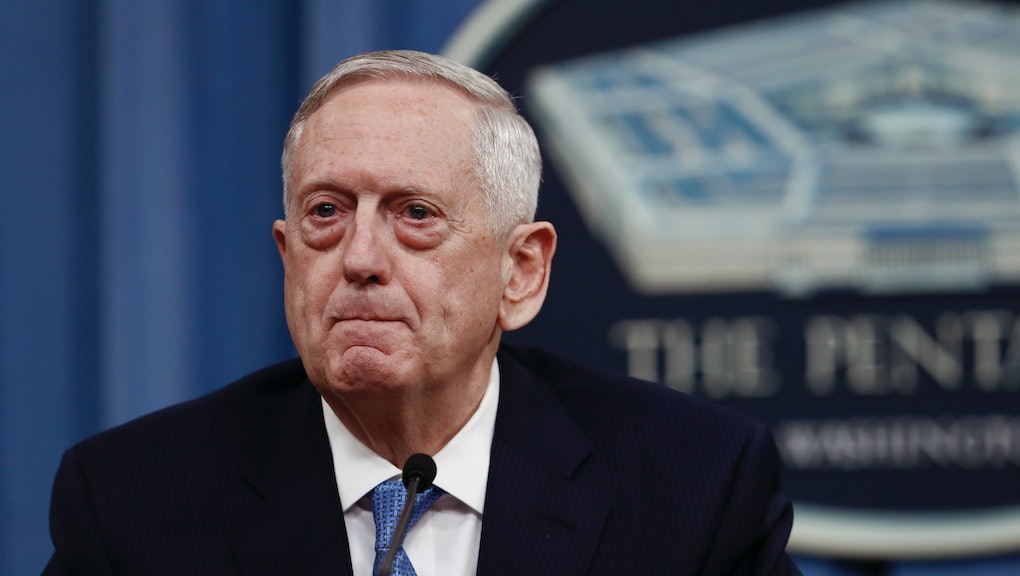 Reports of sexual assaults made by members of the U.S. military are up, but incidents of the crime are down, according to new statistics from the Department of Defense.

"Survey results estimate that 4.3% of military women and 0.6% of military men indicated experiencing a sexual assault in the year prior to being surveyed," the department said Monday upon release of the Annual Report on Sexual Assault in the Military for Fiscal Year 2016.

"The rates reflect a decrease from the 4.9% of military women and the 0.9% of military men estimated to have experienced a sexual assault in 2014," according to a summary of the report supplied by the DoD.

"We must eliminate sexual assault in the military," Secretary of Defense Jim Mattis said in a statement. "Our department cannot tolerate actions that weaken unit cohesion, leadership, or training — the ingredients of combat effectiveness."

Mattis credited the figures to "higher confidence among our troops in our programs and policies."

In a statement to the Associated Press, Sen. Kirsten Gillibrand (D-N.Y.) panned the report, saying it demonstrates that "the scourge of sexual assault in the military remains status quo," rather than demonstrating progress.

"Today's report disappointedly shows a flat overall reporting rate and a retaliation rate against survivors that remains at an unacceptable six out of 10 for a third year in a row," she said.

Gillibrand, for whom addressing sexual misconduct in the military is a signature issue, said the report shows less accountability, with fewer cases going to trial and fewer resulting in convictions, while "six out of 10 survivors surveyed are still not reporting assaults committed against them."

Questions about a subculture of sexual harassment and misconduct in the military came to the fore earlier this year amid a widespread scandal involving the online sharing of photos of female service members. The images were often accompanied by suggestive or even violent remarks about the women featured, some of whom came forward to say their photos were shared without consent.