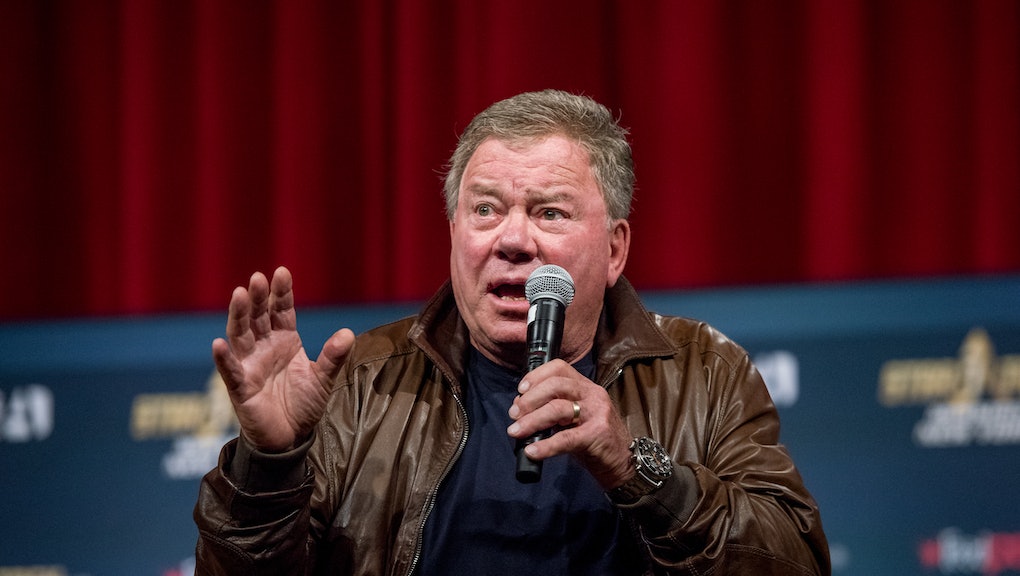 For the past 24 hours, William Shatner has been fueling a Twitter fight on the concept of misandry, which he believes — and many men's rights activists agree — is very real.

The imbroglio began when a fan tweeted a Boing Boing article praising an essay that critiqued the way toxic masculinity, among other things, colors the deification of Shatner's Star Trek character, Captain Kirk. That raised the topic of feminism, which Shatner granted was "great," so long as it was separated from what he considers the degrading theories of toxic masculinity and, of course, from misandry — women's hatred of men.

The tweet above caught the eye of trans feminist writer Mari Brighe, who stepped in to quote Shatner and offer a brief lesson. "'Feminism is great except that part where it criticized men,'" Brighe tweeted. "Misandry is about as real as Klingons, Bill." In a retweet, Shatner emphatically disagreed and wrote, "You can say that about misandry all you want but it exists."

Using this as a teachable moment, Brighe responded: "Misogyny is a systemic violence that kills & oppresses women. 'Misandry' is a myth derived from men's hurt feelings. #MasculinitySoFragile"

"You just keep believing it doesn't exist and keep on hating men," Shatner wrote back. "I'm sure it makes you sleep better at night."

Misandry, according to men's rights activists, is feminists' response to misogyny and is rooted in women's desire to oppress men and trample their autonomy. It's essentially an allegation of reverse discrimination, and has been debunked — but that hasn't stopped people like Shatner from believing in it.

Perhaps Shatner is defensive because he's been accused of being a misogynist in the past. When the Mary Sue covered sexist comments he made on a panel in 2016, Shatner began cyberbullying the site. Indeed, Shatner seems quick to pick Twitter fights when other users argue he's being sexist. He'd probably do well to stay out of it.