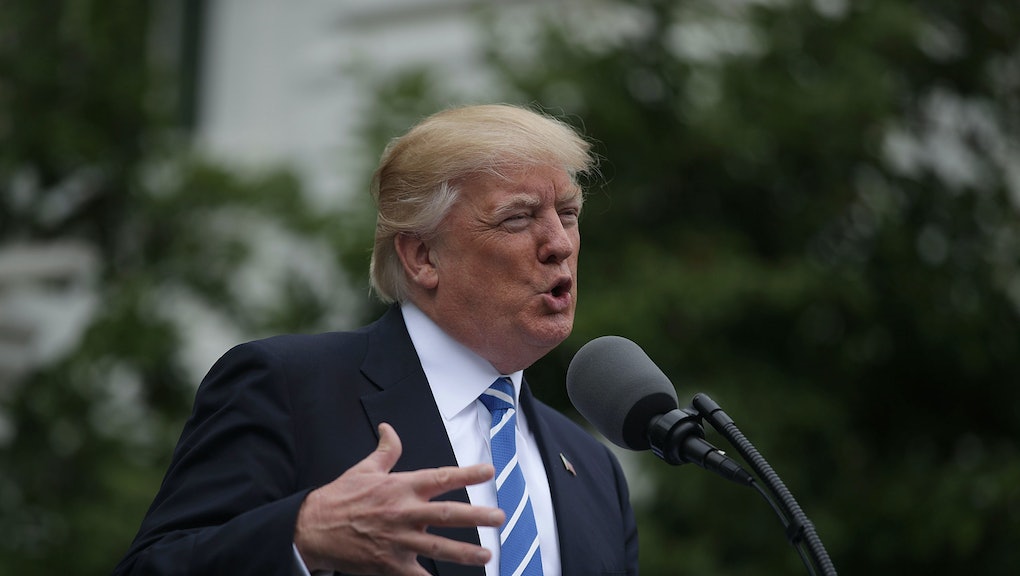 On Monday night, President Donald Trump doubled down on his ponderous claim Andrew Jackson, who died in 1845, was "really angry" about the American Civil War, which broke out over 15 years later in 1861.

Trump tweeted Jackson "saw it coming and was angry," and the antebellum president "would never have let it happen!"

Earlier in the day, Trump referred to Jackson's views on the Civil War in the present tense, suggesting he was under the impression Jackson was alive during the fighting.

"He was really angry that he saw what was happening with regard to the Civil War, he said, 'There's no reason for this,'" Trump said in an interview with the Washington Examiner. "People don't realize, you know, the Civil War. If you think about it, why? People don't ask that question, but why was there the Civil War? Why could that one not have been worked out?"

It was a curious statement beyond the anachronism, seeing as Jackson was a notorious racist responsible for the genocide of Native Americans during the Trail of Tears and an owner of hundreds of slaves. Slavery, the foundation of the entire Southern economic system, was the principle reason for the war's outbreak. Though Jackson was a firm supporter of federal supremacy and opposed Southern states' attempts to nullify federal law, he never opposed slavery, the war's underlying cause.

Trump's attempt to clear the waters by claiming Jackson had a sort of precognitive awareness of the battles to come did not go down well with the rest of Twitter, where his reasoning was alternately berated and mocked.