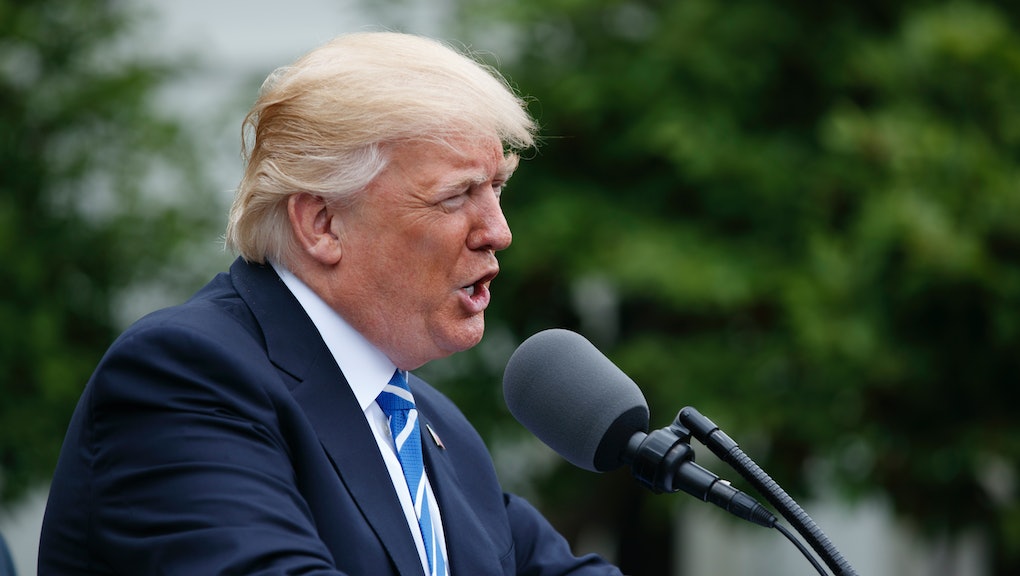 President Donald Trump thinks he could have made a deal to prevent the Civil War.

That's according to Jon Meacham, a noted presidential historian who wrote a Pulitzer Prize-winning book on Trump's favorite former president: Andrew Jackson. Meacham went on MSNBC's Morning Joe to discuss Trump's baffling question: "Why was there the Civil War?"

"It's a projection of the president's fundamental and enveloping narcissism," Meacham said in the Morning Joe interview. "Because he believes, he told me a year and a half ago or so, a year ago, that he thought he could have done a deal to have averted the war."

Of course, President Abraham Lincoln attempted to make a deal with slave states to avert the Civil War.

"The Civil War, as [secretary of state during the Civil War] William Seward said, was an irrepressible conflict," Meacham said Monday night in another MSNBC interview. "We could not endure, as Lincoln later said, half slave and half free."

Meacham pointed out that Lincoln did attempt to make a compromise with slave states.

Lincoln "was willing to let slavery stand in the states where it existed," Meacham said. "He drew the line in letting it expand westward. And the South ultimately felt that it was feeling the walls closing in, and it began to secede at that point."

Yet in Trump's mind, he's a better negotiator than Lincoln was, the same Lincoln who was voted the No. 1 president in a 2017 C-Span survey of the best presidents in history.