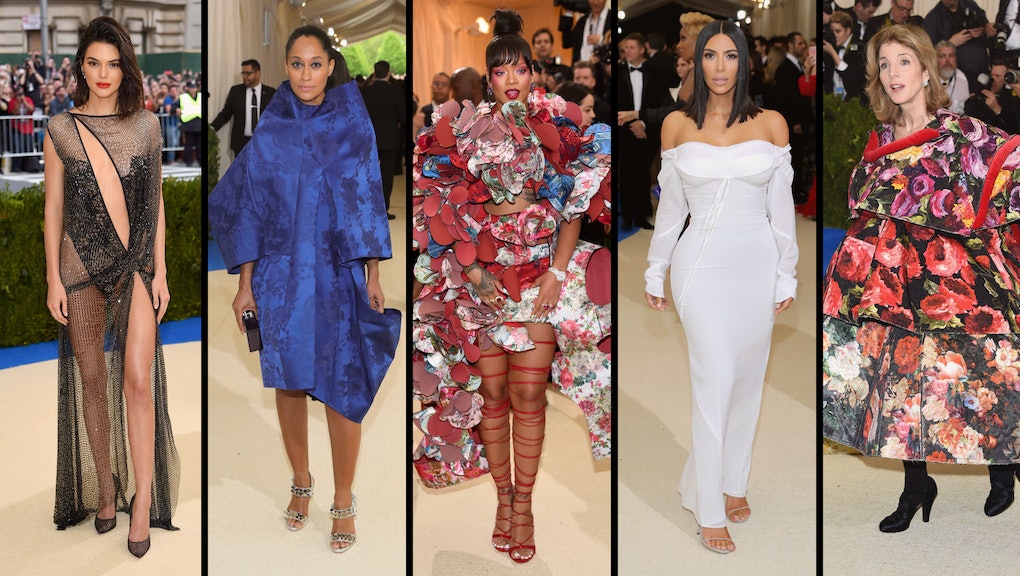 There is but one rule when it comes to sticking the landing of a Met Gala red carpet look — and it has nothing to do with aspirations of "Best Dressed."

The cardinal rule for earning a spot on the coveted carpet is an adherence to the theme, which in this case was Japanese designer Rei Kawakubo and her designs over at Comme des Garçons.

This should have served as a massive signal: When in doubt, wear Comme!

After all, it's the first time the museum has honored a living solo designer since Yves Saint Laurent 1983. Nothing could ensure one looking more on theme then by choosing the very designer being celebrated, right?

Last week, we had predicted we'd see far less sleek, demure dresses on display than in years past. It seemed like a safe bet — Comme des Garçons is after all known for its larger-than-life, asymmetrical silhouettes and for presenting fashion as living and breathing sculpture.

Many of the stars in attendance during last night's Met Gala seemed to have missed the memo, whether due to playing it safe or perhaps sheer ignorance.

Adhered to a T: