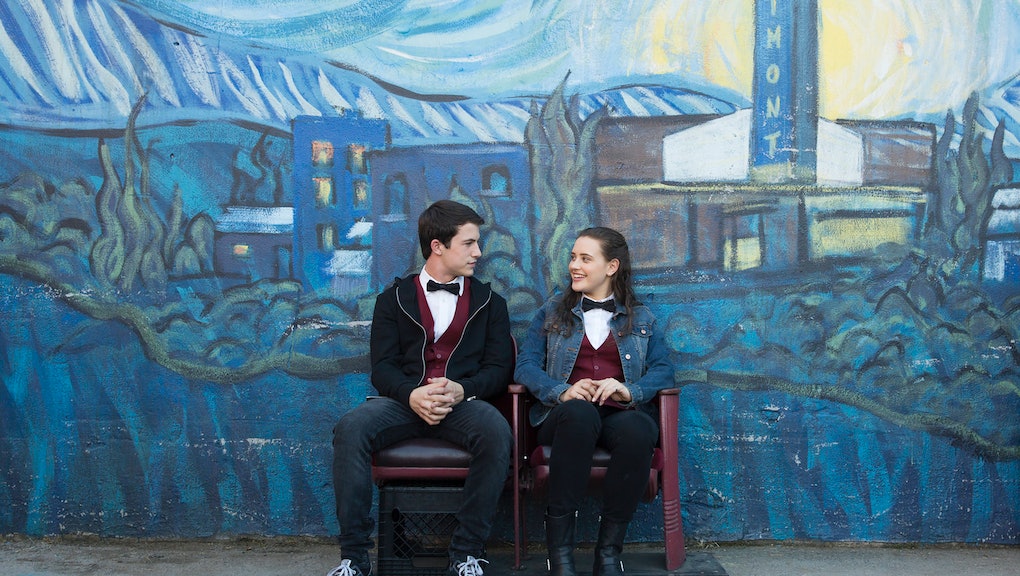 What is '13 Reasons Why' rated? Netflix is adding new warning to the teen drama.

Netflix's 13 Reasons Why, a series based on Jay Asher's book of the same name, continues to be a polarizing series among critics, fans and mental health experts. While the teen drama has received generally positive reviews from both television critics and audiences, some mental health professionals have warned that series' portrayal of Hannah Baker's suicide, and its aftermath, could do more harm than good.

Jay Asher has stated in the past that he hoped that his book would serve as a "cautionary tale," but some are arguing that the series' more graphic depiction of Hannah's suicide could have the opposite effect. In response to 13 Reasons Why, the National Association of School Psychologists has cautioned that "vulnerable youth" not watch the series, and released a statement warning of the danger of being exposed to depictions of suicide.

"Research shows that exposure to another person's suicide, or to graphic or sensationalized accounts of death, can be one of the many risk factors that youth struggling with mental health conditions cite as a reason they contemplate or attempt suicide," the statement reads in part.

In addition to Hannah's suicide, the Netflix series also contains graphic depictions of sexual assault, as well as numerous incidents of bullying and additional characters contemplating suicide. As such, 13 Reasons Why has been rated TV-MA, meaning it "may not be suitable for children 17 and under." Further, the episodes containing graphic images have been identified with additional warnings before their respective opening titles.

Still, due to the graphic nature of 13 Reasons Why, and concern from mental health experts, some have hoped for even stronger warnings. And it looks like Netflix is paying attention. BuzzFeed News is reporting that Netflix is not only increasing the warnings that accompany episodes containing graphic content, but is also adding a new warning before the start of the series.

You can read Netflix's full statement below:

There has been a tremendous amount of discussion about our series 13 Reasons Why. While many of our members find the show to be a valuable driver for starting important conversation with their families, we have also heard concern from those who feel the series should carry additional advisories. Currently the episodes that carry graphic content are identified as such and the series overall carries a TV-MA rating. Moving forward, we will add an additional viewer warning card before the first episode as an extra precaution for those about to start the series and have also strengthened the messaging and resource language in the existing cards for episodes that contain graphic subject matter, including the URL 13ReasonsWhy.info — a global resource center that provides information about professional organizations that support help around the serious matters addressed in the show.